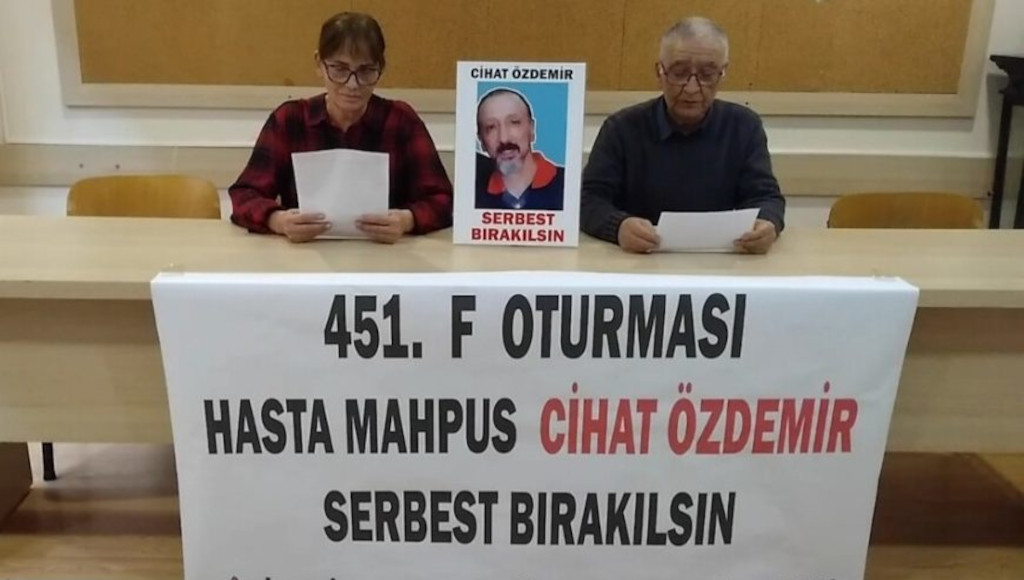 Cihat Özdemir, an inmate in central Turkey’s Kırıkkale F-type Prison, said in a letter his treatment for cancer had been delayed for seven months by the prison administration for no reason, the Stockholm Center for Freedom reported.

The letter was published on Twitter by Ömer Faruk Gergerlioğlu, a human rights defender and deputy from the Peoples’ Democratic Party (HDP), and said Özdemir had been suffering from thyroid cancer for three-and-a-half years. “Although the doctors said I should have surgery in April 2021, I am still waiting for a surgery date,” he said.

In his letter Özdemir said the doctors noticed a lump in his armpit and said he needed urgent surgery but that delayed treatment was quite common in prison. “I have not even mentioned that we undergo physical examinations in handcuffs,” he said.

According to a report by the Human Rights Association (IHD) Özdemir underwent an operation in 2019 during which his thyroid and lymph nodes were removed. Four days later he was handcuffed and taken to a filthy quarantine cell. The cancer metastasized after the surgery.

Özdemir requested that Gergerlioğlu and parliament’s Human Rights Investigation Commission visit him in prison and see the conditions for themselves.

HDP deputy Zeynel Özen had submitted a parliamentary question in 2019 addressing the Justice Ministry asking why Özdemir’s healthcare was not taken seriously. At the time, Özdemir had just been diagnosed with thyroid cancer, and Özen wanted to know why his treatment had not been handled with care.

The details of Özdemir’s incarceration have not been disclosed. He has reportedly been in prison since 2000.

Gergerlioğlu earlier said ill prisoners were not released until they were at the point of no return. He claimed that prisoners did not have access to proper healthcare facilities such as hospitals or infirmaries.

According to the most recent statistics published by the İHD, the number of sick prisoners is in the thousands, more than 600 of whom are critically ill. Although most of the seriously ill patients have forensic and medical reports deeming them unfit to remain in prison, they are not released. Authorities refuse to free them on the grounds that they pose a potential danger to society.