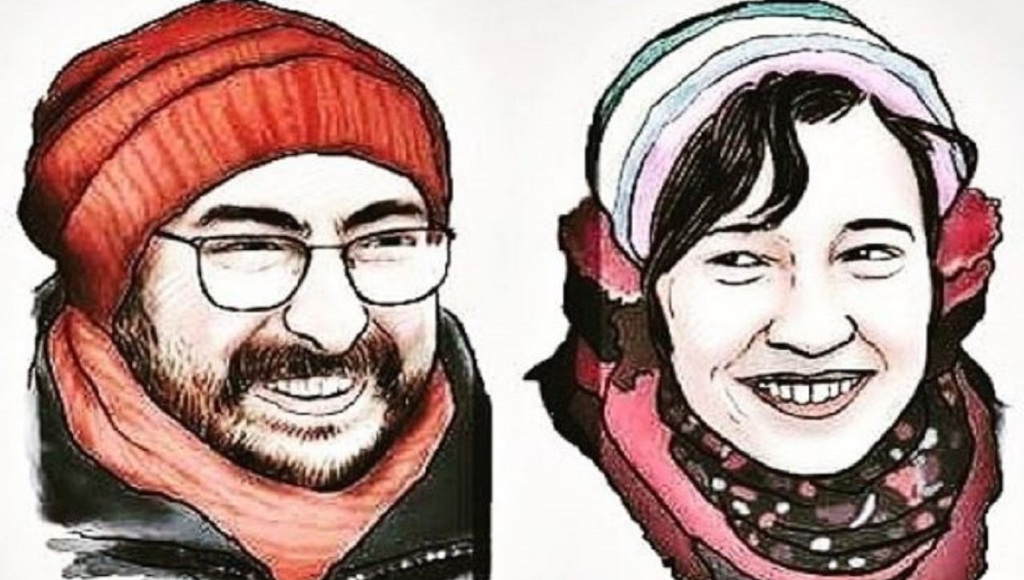 The Turkish Constitutional Court found no rights violations in the case of academic Nuriye Gülmen and teacher Semih Özakça, both of whom were fired by the government from their jobs, who appealed to the court claiming they were arrested on the same charges for which they were already standing trial, the Stockholm Center for Freedom reported, citing Turkish media.

The court said the second indictment for the two included accusations about actions that took place after the first indictment was drafted.

In their application Gülmen and Özakça had said they had not violated the terms of the judicial supervision under which they were released in the previous case, in which they were accused of membership in a terrorist organization.

Both were on a hunger strike during their pretrial detention, and they also claimed they were sent to prison despite the fact that their health had significantly deteriorated.

As regards a claim that the applicants’ rights to a fair trial were violated, the court found the claim inadmissible because other legal remedies had not yet been exhausted.

Gülmen was an academic before she was summarily dismissed by a government decree and Özakça was a teacher. They were fired from their jobs by emergency decree-laws for alleged membership in or relationships with “terrorist organizations.” Both were detained and released in 2016 many times for protesting their dismissals on Ankara’s Yüksel Street, where they demanded reinstatement to their jobs in front of a human rights monument. The monument became a symbol of resistance and a demand for justice after other purge victims and activists joined them. Turkish police have notoriously used excessive force against the protestors on Yüksel Street.

Both Gülmen and Özakça were arrested in May 2017 for alleged links to the outlawed Revolutionary People’s Liberation Party/Front (DHKP/C), a militant Marxist group.

The DHKP/C is listed as a terrorist organization by Turkey, the United States and the European Union.

Gülmen was released for health reasons in December 2017 on the 269th day of her hunger strike. She was then sentenced to six years, three months in prison but remained free pending appeal. Gülmen was re-arrested in August 2020 after she was detained in a police raid on the left-wing İdil Culture Center. She is currently in Silivri Prison, notorious for its large number of political prisoners.

Özakça was released in October 2017 under house arrest and on the condition that he wear an ankle monitor. He was later acquitted of all charges.