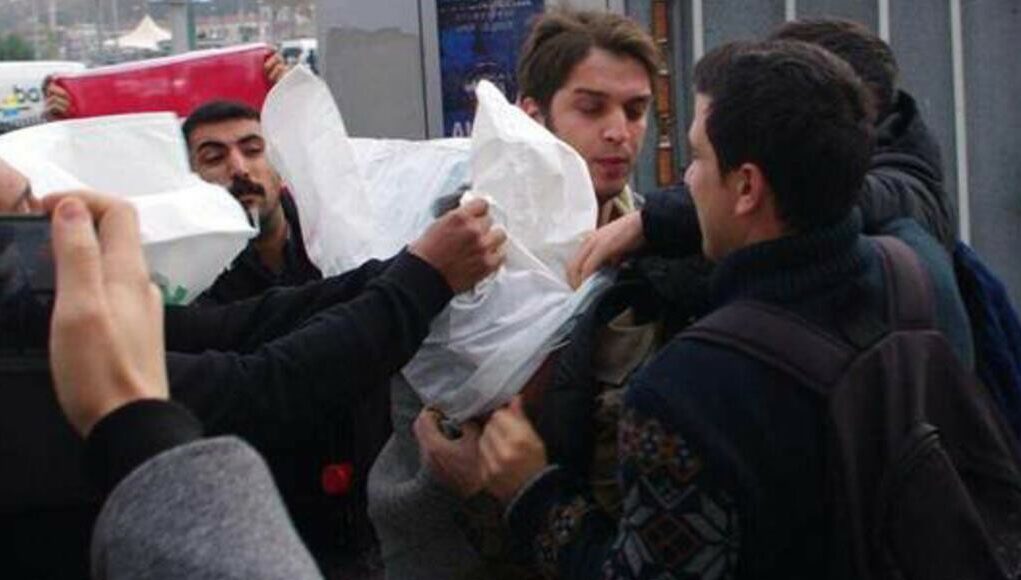 Seventeen members of the Turkish Youth Union (TGB), an organization linked to the neo-nationalist Homeland Party (VP), were detained after attempting to put bags over the heads of US naval personnel dressed in civilian clothes who were visiting İstanbul, local media reported on Wednesday.

The development was announced by the İstanbul Governor’s Office, which on Wednesday said in a statement on its website that 17 suspects had been detained by the İstanbul Police Department on the order of a public prosecutor for attempting to put bags on the heads of US naval personnel visiting the city.

The flagship of the US Navy’s 6th Fleet, the USS Mount Whitney, docked at İstanbul’s Sarayburnu Harbor on Monday evening.

The TGB on Tuesday published a photo on its social media account, showing some of its members attempting to put a bag over the head of someone they referred to as a US soldier.

“We have put sacks on the heads of American soldiers in Sarayburnu,” they said in a tweet.

The photos of the incident were also published by the Aydınlık daily, which is affiliated with the VP.

In 2014, TGB members had also put sacks over the heads of the crew of the American warship USS Ross as it was returning from a NATO exercise in the Black Sea.

The TGB describes their action as a form of a protest to an incident dubbed as the “hood incident” in northern Iraq in July 2003, in which a group of Turkish special forces operating in northern Iraq were arrested by US soldiers and led away to be interrogated, in the back of a truck with hoods over their heads. Around 100 American soldiers stormed the barracks used by the Turkish troops, arresting 11 soldiers and six civilians and taking them to the regional capital of Kirkuk. They were released after 60 hours in response to protests by top Turkish leaders, but the incident was viewed by many Turks as a deliberate insult.