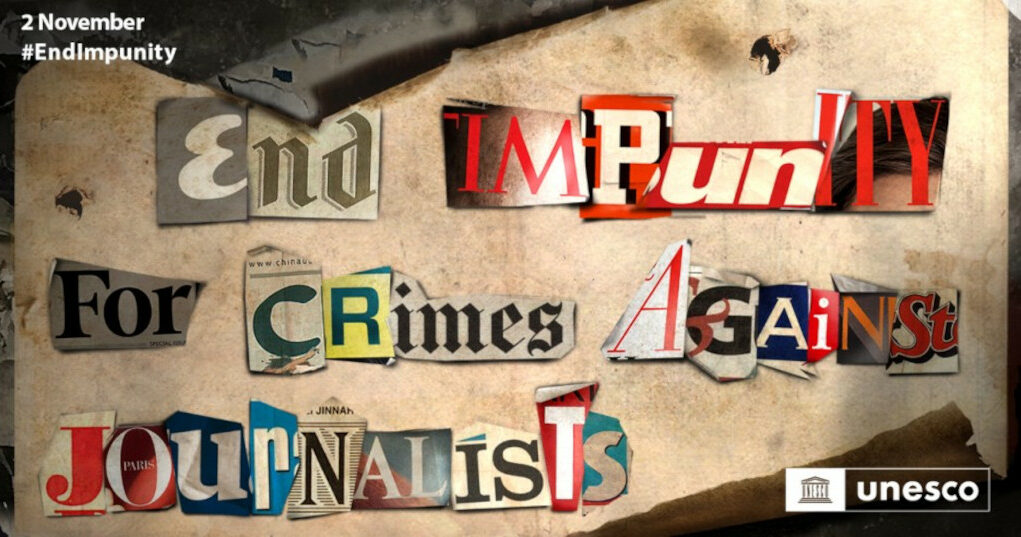 A total of 62 journalists were killed just for doing their jobs in 2020, while more than 1,200 professionals lost their lives the same way between 2006 and 2020, according to UN cultural agency UNESCO, the Stockholm Center for Freedom reported.

The majority of journalists were killed in their country of nationality, and in nine out of 10 cases the killers went unpunished, UNESCO said.

In a message marking International Day to End Impunity for Crimes against Journalists on November 2,  UN Secretary-General António Guterres said many journalists had lost their lives while covering conflict but that the number of media workers killed outside conflict zones has risen in recent years.

UNESCO Director-General Audrey Azoulay also marked the day with a message, saying that for too many journalists “telling the truth comes at a price.”

“States thus have an obligation to protect journalists and to ensure that the perpetrators of crimes against them are punished. Judges and prosecutors in particular, have an important role to play in promoting swift and effective criminal proceedings,” she said.

Turkish journalist Hazım Özsu was murdered in the Turkish city of Bursa on March 9.

A man was arrested for the killing of Özsu, a presenter on Radio Rahmet FM, six days after the incident. He said he had murdered the journalist because he did not agree with certain expressions related to sacred values that Özsu used on his programs during the pandemic.

According to a recent report by the Turkish Journalists’ Association (TGC), four journalists faced attacks and violence in October.