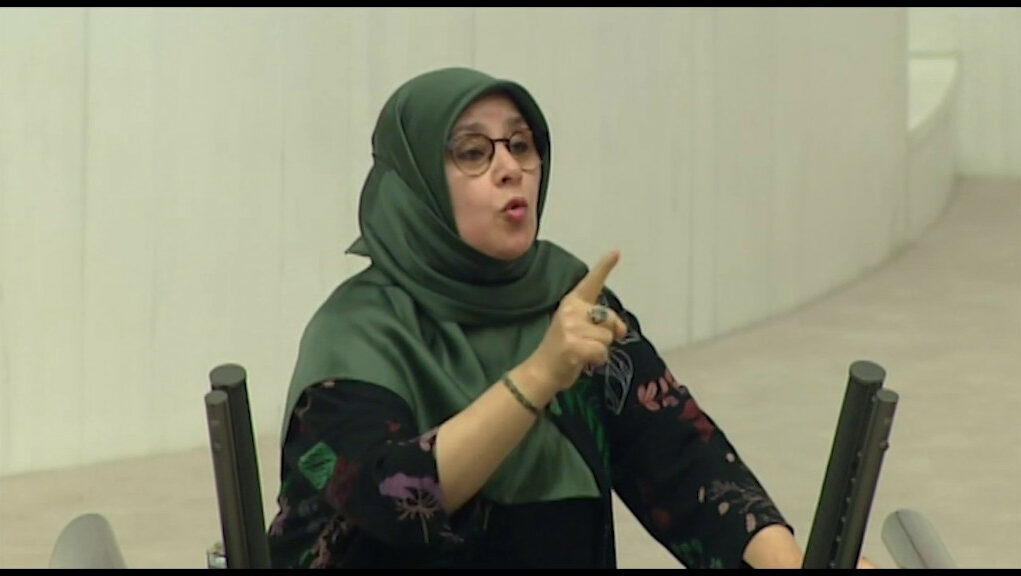 A lawmaker from the Turkish legislature has submitted a parliamentary question about SADAT, a paramilitary group linked to President Recep Tayyip Erdoğan, and its controversial activities, the Kronos news website reported on Monday.

The parliamentary question, submitted by Hüda Kaya, a deputy from the pro-Kurdish Peoples’ Democratic Party (HDP), noted that the public’s expectations to live in safety had been considerably undermined by an announcement from SADAT about its “assassination techniques” and “irregular warfare” capabilities.

According to SADAT’s founding documents, its mission is to make the Islamic world self-sufficient in terms of military power. Retired general Tanrıverdi said SADAT was set up at the request of officials from Erdoğan’s government.

In the parliamentary question, Kaya asked if SADAT was involved in the murder of an HDP employee in June by offering arms training to the attacker.

The attack in İzmir came at a time of increased pressure on the party, which is accused of links to the Kurdistan Workers’ Party (PKK), listed as a terrorist organization by Turkey, the EU and the US, as it faces a closure case on terrorism charges, and when hundreds of its politicians including two former co-chairs are behind bars on politically motivated charges.

Kaya requested that the questions be answered by Vice President Fuat Oktay, asking him if public institutions are working with SADAT and if SADAT is audited by the authorities.

SADAT’s training camps and activities abroad as well as the camps at home where SADAT allegedly provides military training were also questioned.

“Has any investigation been launched into allegations that SADAT sent weapons to the Sultan Murad Brigade and the al-Nusra terrorist organization and trained their militants?” asked Kaya.

Peker also alleged that SADAT could possibly carry out assassinations of dissidents living in Turkey and abroad in the near future.

Peker’s revelations came in the aftermath of concerns recently voiced by senior opposition figures that political assassinations may take place in Turkey as the 2023 elections draw closer since Erdoğan wants to hold the elections in an environment of high tension.

Kaya also asked about the role of SADAT in the killing of military cadets and soldiers on the Bosporus Bridge during an attempted coup in July 2016.

The cadets were attacked by an angry mob on the bridge that wanted to suppress the coup and punish the soldiers whom they thought were putschists. Two military cadets were killed by unknown attackers, while dozens of others were injured, video footage later showed.