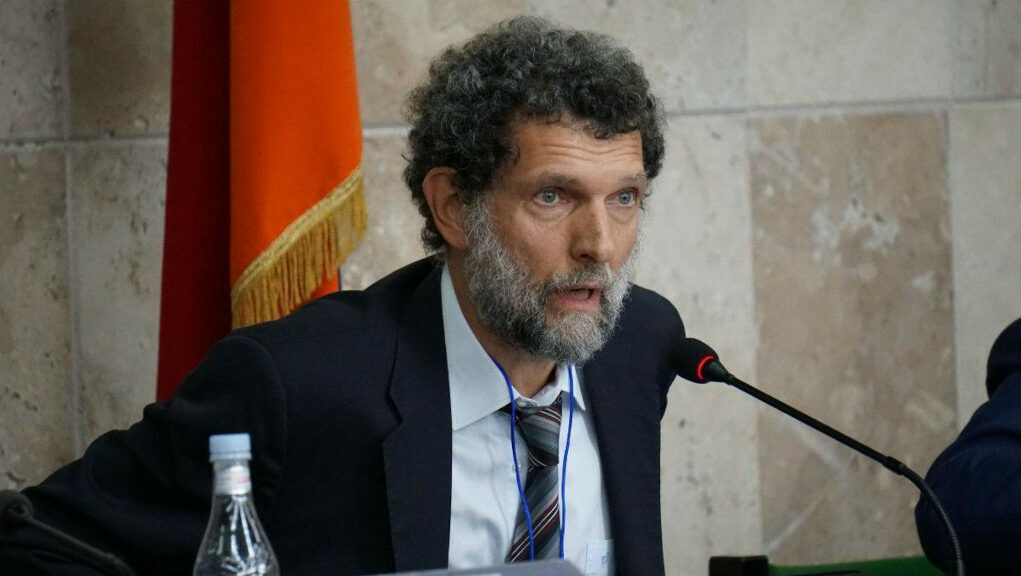 Prominent Turkish businessman and philanthropist Osman Kavala, who on Monday  marked the fourth anniversary of his arrest at an İstanbul prison, said his image has been severely damaged and that his arrest has “become an issue” in the country over the past four years he has spent in jail.

“On Monday, November 1, I completed my fourth year in detention. During this period, not only was I deprived of the ability to live my own life, but also my image was severely distorted as I was personally targeted and pictured as a ‘dark’ and ‘evil’ person in the public eye after losing four years of my life and becoming an ‘issue in the country’,” Kavala said in a statement through his lawyers.

Kavala, 64, who has yet to be convicted by a court, has been in prison since 2017. Turkey and several Western countries barely avoided a diplomatic crisis after 10 ambassadors released a statement on Oct. 18 calling for Kavala’s release.

In his statement Kavala said the only thing in which he can find solace is the possibility that what he has experienced might contribute to confronting the crucial problems in the Turkish judiciary and that “those who will be brought to justice in the future will receive fairer treatment.”

Kavala has faced a series of shifting charges linked to 2013 anti-government protests and a failed military coup in 2016.

The Council of Europe issued a final warning to Turkey in September to comply with a 2019 European Court of Human Rights order to release Kavala pending trial.

If Turkey fails to do so by its next meeting on Nov. 30-Dec. 2, the council could vote to launch its first disciplinary proceedings against Ankara.

The proceedings could result in the suspension of Turkey’s voting rights and even its membership.

Turkish President Recep Tayyip Erdoğan, who threatened to expel the 10 ambassadors for calling for Kavala’s release, calls the businessman the “red Soros of Turkey” — an agent of Hungarian-born US financier and pro-democracy campaigner George Soros — a reference to Kavala’s leftist views.

“Those who defend this Soros leftover are working on ways to free him. Do you free bandits, murderers and terrorists in your country?” Erdoğan recently asked the West in the wake of the crisis over the ambassadors’ call.

In the meantime, English PEN called on everyone to send messages of solidarity to Kavala thrıough a form on its website. Kavala is jailed in the notorious Silivri Prison on the outskirts of İstanbul where Turkey’s political prisoners are in pre-trial detention or serving their sentences.

Publisher and human rights activist Osman Kavala has been behind bars for 4 years. His next hearing is due to take place on 26 November.