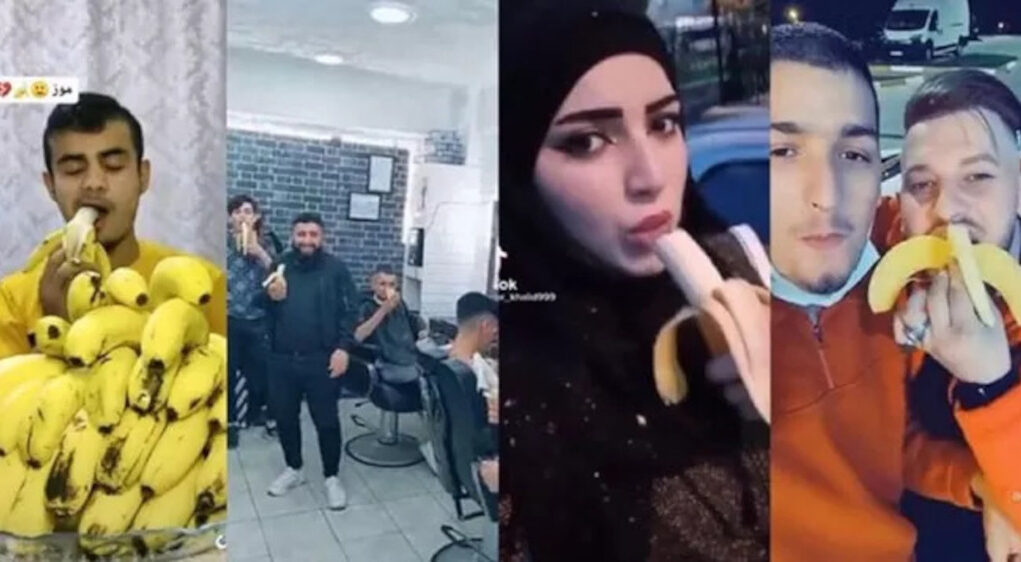 Turkish authorities are continuing to detain Syrian refugees who shared videos on social media showing them eating bananas in an effort to condemn racism and discrimination in Turkey, the Stockholm Center for Freedom reported.

According to local media eight Syrian refugees were detained on Friday in the western city of İzmir and sent to the local office of the Migration Management Directorate General for the launch of deportation proceedings.

Turkish police detected 31 Syrian refugees who had posted such videos and detained 11 of them as part of operations carried out in eight districts of İstanbul on Wednesday and Thursday. Seven of the detainees will be deported to Syria, according to a statement by the directorate general.

The videos were posted following a street interview in which a Turk says Syrians in Turkey “buy kilos of bananas” while he can’t even afford to eat them.

In the interview, recently conducted in İstanbul’s Esenler district, several Turks are seen lashing out at a young Syrian student who says they “wouldn’t have had to come to Turkey if there was no war in Syria,” to which a woman responds “Then, fight it, just don’t talk anymore, and go away,” also physically trying to push her away. A man then says: “Go back to Syria. You’re just tenants, we’re the landlords here. [But] you live in better conditions than I do. I can’t eat bananas while you buy kilos of them at farmers markets.”

To protest the Turks’ racist and discriminatory attitude towards the Syrian student during the interview, some Syrian refugees posted videos on social media, mainly on TikTok, showing them eating bananas.

Anti-immigrant sentiment is nearing the boiling point, fueled by Turkey’s economic woes. With unemployment high and the prices of food and housing skyrocketing, many Turks have turned their frustration toward the country’s roughly 5 million foreign residents, particularly the 3.7 million who fled the civil war in Syria.

In August violence erupted in the Turkish capital of Ankara as an angry mob vandalized Syrian businesses and homes in response to the deadly stabbing of a Turkish teenager.