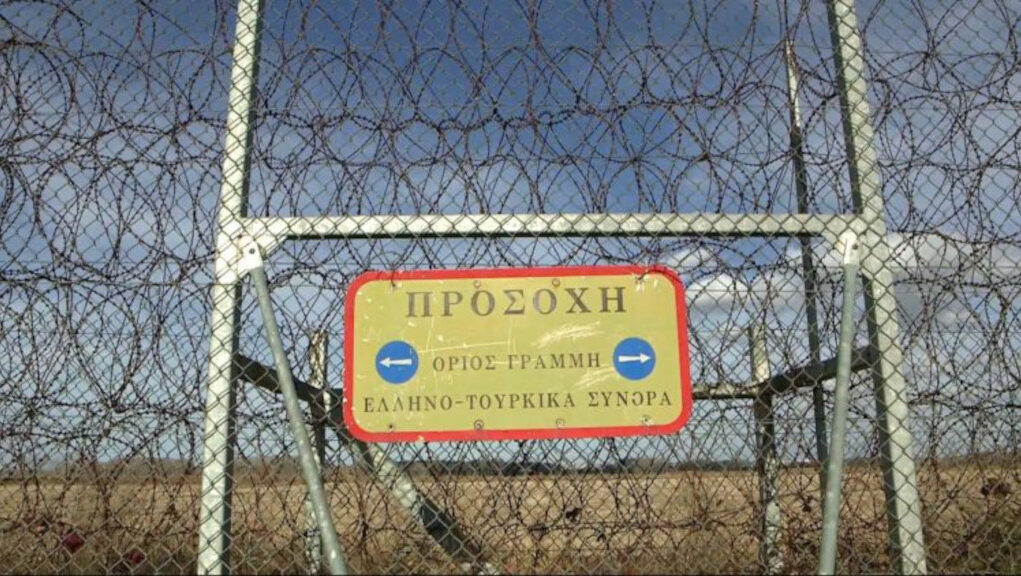 Speaking to the Stockholm Center for Freedom (SCF), the former judge said the experience was one of the most traumatic moments of her life. “I feared for my safety, but also for the safety of my daughter, who was with me at the time,” she said. “At one point, while I was on the boat crossing the river back to Turkey, I thought about which prison I’d be sent to after being captured by the gendarmerie.”

S. is one of many Turkish asylum-seekers who have been victims of pushback by the Greek authorities. She spent 43 months in pre-trial detention, after which S. and her husband, Y., were both convicted of membership in a terrorist organization due to their alleged links to the faith-based Gülen movement. S. was sentenced to seven years, six months in prison, while Y. was handed down a six-year, three-month sentence. They were released pending appeal and were the subject of travel bans.

Fearing serving time in Turkey’s notorious prisons if the courts upheld the sentences, the couple decided to flee.

Turkish President Recep Tayyip Erdoğan has been targeting followers of the Gülen movement, a faith-based group inspired by Muslim cleric Fethullah Gülen, since the corruption investigations of December 17-25, 2013, which implicated then-prime minister Erdoğan, his family members and his inner circle.

Dismissing the investigations as a Gülenist coup and conspiracy against his government, Erdoğan designated the movement as a terrorist organization and began to target its members. He intensified the crackdown on the movement following the coup attempt that he accused Gülen of masterminding. Gülen and the movement strongly deny involvement in the abortive putsch or any terrorist activity.

The journey to safety, however, was not without its risks, of which the most serious was arrest by Turkish security forces if they were caught or pushed back.

Her worries were realized as S. and eight other asylum-seekers who were with her were stopped by border officers. According to S. a car belonging to Frontex stopped them on their way to the police station, and the officer inside took all their belongings.

“A man in green stepped out of the car. He took our bags, identity cards and telephones,” she said. “He then made a phone call, and 20 minutes later another police car arrived.”

The second police car was bigger, and Frontex officers in navy uniforms got out, according to S. The officers put their belongings in the trunk of the second car, and the asylum-seekers were driven away.

S. said they were taken to the banks of the Evros River, where she realized she would be sent back. “We begged the officers to let us stay. I asked them to have mercy on my child and that I had been separated from her for three years,” she said.

But their words fell on deaf ears as S. and the rest of the group were put on a boat steered by a Syrian boy, who looked like he was about 11 years old. S. said there were asylum-seekers who looked as if they had been beaten. “I guess we were spared thanks to having a child with us,” she said.

“We realized they were sent back to Turkey,” Y. said. “But there was nothing we could do. The lawyer said sometimes asylum seekers were kept in a shack close to the river but that it would be unsafe for us to go there.”

The mother and daughter were finally able to reach Europe, and the family currently lives in Sweden. However, not everyone has such a good ending to their asylum journey.

As a result of the crackdown, the number of asylum applications in EU countries from Turkish citizens has peaked in recent years.

According to a Eurostat report for 2008-2020, Turkish citizens are among the top asylum seekers in EU countries, ranking seventh in a list of countries whose citizens sought asylum in the EU in 2020.

İhsan Erdoğan, whose sister was pushed back to Turkey on May 4, 2019, shared a similar story. “My sister has been in prison since she was detained by the gendarmerie in 2019 on the banks of the Evros River,” he said in an interview with SCF.

Erdoğan’s sister Ayşe had decided to leave Turkey after being imprisoned for 28 months for links to the Gülen movement. She was sentenced to six years, three months in prison but was released while her case was under appeal. Together with two friends she embarked on a journey to reach a safer country on the night of May 3.

After arriving in Greece, the three walked towards a police station to apply for asylum. İhsan was in Athens at the time, and he called his sister, telling her he would arrange for a lawyer to meet them and assist them in their asylum process.

“I thought if a lawyer was with them, then the risk of pushback would be less,” he said. “I had heard of a pushback occurring a day before my sister arrived so I tried to take all precautions possible.” Ayşe shared her location through WhatsApp for the Turkish-speaking Greek lawyer to be able to join them.

In the meantime, her brother sent an e-mail to the United Nations informing them that his sister was in Greece seeking asylum. He contacted other lawyers and even journalists to raise as much awareness as possible. Ayşe took a photo of herself in front of a notary to prove she had in fact arrived in Greece. They sent the photograph to Euronews in case anything bad happened.

İhsan’s precautions were not enough to keep his sister safe. Officers at the police station did not allow the lawyer to meet with the asylees. He was made to wait outside while Ayşe and her friends were taken to a cell.

“I was still in Athens waiting for a plane to take me to Alexandroupoli where I could meet with Ayşe. I called the lawyer, who told me everything was in good order, so I was a little relieved,” said İhsan.

Yet a few hours later when he went to the police station, they told him his sister had never been there. “That was a lie and I showed the police officers the WhatsApp location Ayşe had sent me. They were shocked to see the location but continued their denial,” İhsan said.

Later, İhsan found out that his sister had been taken to a different police station where her personal belongings, outer clothing, shoes and socks were removed. From there, she was taken to the Evros River with 30 other asylum seekers in a van. The men who escorted them were masked and in khaki camouflage.

Although Ayşe protested being sent back to Turkey, the men ignored her. She was put on a boat and sent back to the Turkish border province of Edirne. Ayşe later told her family that some of the masked men spoke to her in Turkish and ordered her to stop talking.

According to Ayşe, one of the masked men called the Turkish gendarmerie to let them know a refugee boat was being sent back. “The gendarmerie knew that there were 31 people on the boat,” said İhsan. “Some asylum seekers hid in the woods to avoid getting caught, but the officers searched for them until they had apprehended all 31 individuals.”

İhsan said it was alarming that the Greek officers had alerted the Turkish gendarmerie, putting people like his sister in greater danger of arrest.

Ayşe Erdoğan was arrested upon her return to Turkey was held in a prison in western Gebze province. Her brother announced on Twitter that she was released on October 14 subject to a travel ban.

The United Nations Refugee Agency, members of the European Parliament and human rights watchdogs have repeatedly demanded that Greek authorities investigate such incidents of pushback.

According to Amnesty International, the practice of migrant pushbacks in Greece has become so bad that even people who have applied for asylum and have been in the country for some time are being picked up and deported.

EU Home Affairs Commissioner Ylva Johansson during a visit to Greece in March called on the country to “do more” to investigate the allegations. However, Greek Migration Minister Notis Mitarachi denied Greek authorities’ involvement in any kind of pushback.

Victims of pushback like S. have alleged that Greek officers worked together with Frontex, the European Union’s border and coast guard agency, to capture and send asylum-seekers back to Turkey.

Although the family was relatively lucky not to have been caught by officers in their second attempt to cross the Evros River, S. said she would never forget how Frontex officers treated her during the pushback.

A European Parliament investigation found that Frontex  – in particular its executive director, Fabrice Leggeri – had failed to take action to address reports of migrant pushbacks, the illegal practice of summarily forcing migrants to return across a border they have recently crossed or sought to cross.

The report found that Frontex management ignored reports, including video evidence, about human rights violations taking place where Frontex operates, and charged that its executive director deliberately delayed hiring people whose job it would be to monitor rights.

While the report did not find “conclusive evidence on the direct performance of pushbacks and/or collective expulsions by Frontex,” it identified numerous failures and deficiencies in preventing, monitoring or following up on human rights violations by member states in border operations. Addressing those failures will require unequivocal commitment and action..

In an interview with SCF, MEP Tineke Strik said one of the greatest threats facing migrants is pushback at Europe’s external borders. She added that when it came to the most vulnerable asylum-seekers, such as women and children, border officers made no exception. “I hear that a lot of women and children are also victims of pushback.  When I visited Samos in May, I talked to a Palestinian woman with two small children. She was very frightened because she was part of a larger group that had managed to reach Greece after being pushed back several times. She managed to hide when officers came and put the others in a boat and sent them back to Turkey,” she said.

Strik emphasized that the European Union member states shared responsibility for ensuring a safe and dignified asylum process. “Europe really has good standards, but these standards are not fully achieved. The European Commission is not really enforcing these standards; therefore, we are missing the chance to improve our asylum policy,” she said.