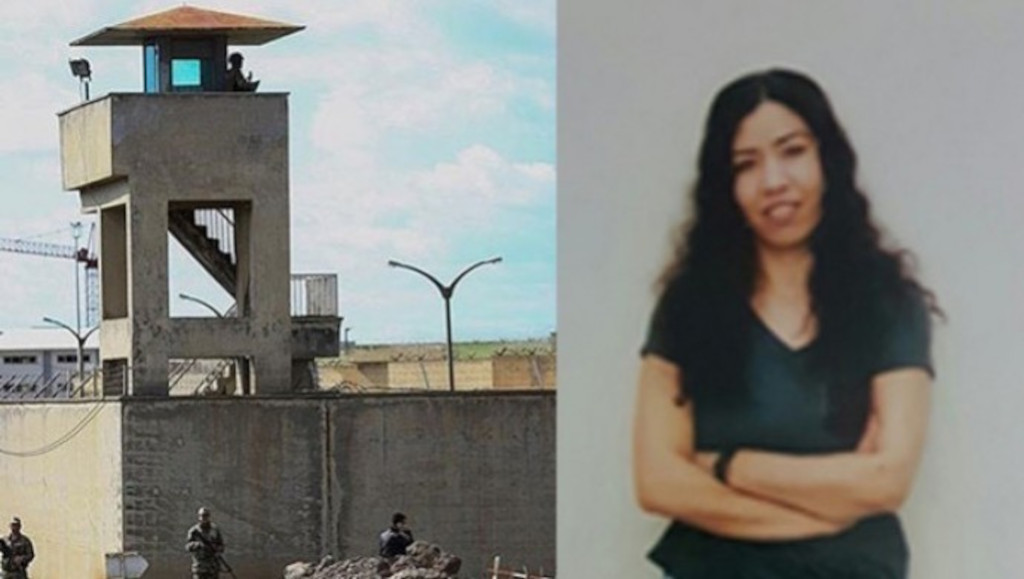 The opposition MPs asked if the ministry was aware of the use of padded cells where inmates were subjected to torture.

The HDP lawmakers also asked why prisoners are still made to undress and subjected to strip-searches and other illegal mistreatment.

Gezer told her sister, Asya Gezer, that she was put in a padded cell where she was stripped in front of male guards, beaten, sexually harassed and left without medical treatment in May. According to Gezer, the cell had no proper toilet and she was made to use a hole in the ground. She said the cell smelled of human excrement.

When she could no longer endure the mistreatment Gezer tried to commit suicide by hanging herself with bed sheets. The attempt failed, however, and she fell and hit her head. Although the guards could see the entire incident unfold with the help of camera surveillance, nobody came to her aid and Gezer was left with a head wound for several hours.

The bleeding in Gezer’s head continued until the next day, and she complained that the infirmary doctor had also mistreated her. Unable to stand the suffering much longer, Gezer wrote to her family.

Prison authorities had previously said the padded cells were for inmates with psychological issues, so they would not harm themselves. Since the rooms were lined with foam, they blocked sound. Inmates have claimed that these rooms have been used for torture in recent years.

An inmate in Menemen Prison in the western province of İzmir told his wife he had been subjected to torture in a padded cell last November.

There have been widespread claims of torture in Turkey’s prisons and detention centers that have so far gone uninvestigated.

Turkey is party to several international conventions that have different review and inspection mechanisms such as the United Nations, the Council of Europe (CoE) and the Organization for Security and Co-operation in Europe. According to information published on the Turkish Ministry of Foreign Affairs website, the country is currently party to 16 UN human rights conventions and 121 of the CoE’s 225 conventions and has signed 31 other conventions.

Yet in the recent past the Turkish government has continuously disregarded the provisions of the constitution and failed to uphold its international obligations. For instance, Turkey has for four years blocked the publication of a report by a Council of Europe delegation that paid a fact-finding visit to Turkey in 2016 to investigate allegations of torture and ill treatment in Turkish correctional facilities.

Investigators with the European Committee for the Prevention of Torture and Inhuman or Degrading Treatment or Punishment (CPT) interviewed various individuals in prison and recorded their stories in a report that was compiled after the visit. However, the details were never made public because Turkey vetoed the publication of the report. CPT President Mykola Gnatovskyy stated in 2017 that even though he “[wanted] to discuss the findings,” he could not comment on the report due to Ankara’s decision.