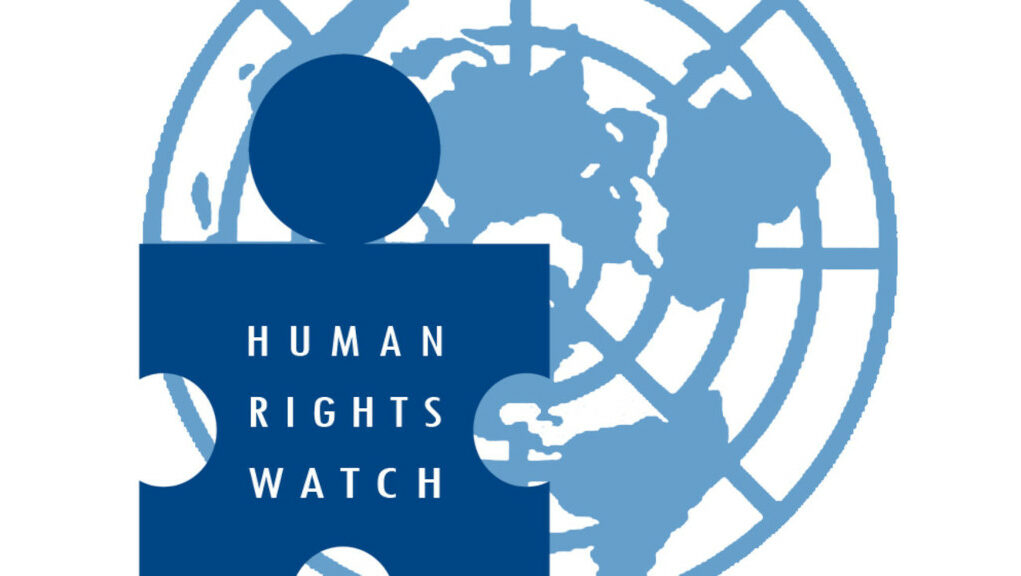 The Turkish government should halt any plans to deport two detained Turkmen activists to Turkmenistan, where they will be at grave risk of arbitrary arrest and torture, Human Rights Watch said in a statement on Tuesday, the Stockholm Center for Freedom reported.

According to the rights watchdog, the three activists, Akhmed Rakhmanov, Kamil Abulov and Bayram Allaliyev, were detained between October 18 and 22, 2021 and were transferred to immigration custody in İstanbul. Human Rights Watch said several sources told them there are plans to deport them imminently, but this could not be confirmed. On the evening of October 26, the authorities released Rakhmanov.

“Turkmenistan has a long record of severely punishing peaceful critics of the government,” said Rachel Denber, deputy Europe and Central Asia director at Human Rights Watch. “Returning activists to Turkmenistan would place them at grave risk of persecution, including risk of torture and other ill-treatment, and enforced disappearance. Turkey should abide by its international obligations not to send the men anywhere they could face ill-treatment.”

“Turkey’s international partners should call on Ankara to uphold its international legal obligations and not deport any activists to Turkmenistan, including those currently in custody,” Human Rights Watch said.

In an October 26 letter Human Rights Watch urged Turkish migration authorities to ensure that Rakhmanov, Abulov and Allaliyev are not forcibly returned to Turkmenistan, that they have access to a lawyer, and that they are promptly released from custody and allowed to continue their steps to regularize their status in Turkey.

According to the statement, the detentions come amid increasing pressure on Turkmen activists in Turkey and on their relatives in Turkmenistan. Three separate sources told the Bulgaria-based Turkmenistan Helsinki Foundation, a rights group, that Turkish authorities have a list of 25 names of Turkmen activists in Turkey, whom the group believes are at risk of detention or deportation, at the behest of the Turkmenistan government. The sources said that Abulov and Allaliyev were on the list, which was in alphabetical order by last name, but that they had not been able to read to the end of the list and therefore could not confirm whether Rakhmanov was on it as well.

On September 27, Turkish police detained another Turkmen activist, Dursoltan Taganova, and transferred her to deportation custody. She was released two days later.

According to Human Rights Watch, the increased pressure on Turkmen dissidents is taking place in the lead-up to the November 12 summit in Ankara of the Cooperation Council of Turkic Speaking States, in which Turkmenistan will allegedly participate as an observer. Some commentators have said that Turkey seeks to strengthen the organization and has been trying to convince Turkmenistan and other countries to join.

Rakhmanov, Abulov and Allaliyev have been critics of Turkmen government policies. They include the government’s refusal to renew passports through consular services abroad and other violations of freedom of movement, the government’s refusal to acknowledge the presence of Covid-19 infections in Turkmenistan, policies dealing with the country’s economic crisis and the authorities’ suppression of free speech.

The Turkmenistan Helsinki Foundation and the Russian group Memorial Human Rights Center reported that the authorities in Antalya detained Rakhmanov, 47, on October 18 and on October 19 took him to a deportation center in İstanbul. The groups said Rakhmanov is the administrator of an online chat group for a Turkmen political opposition group in exile, Democratic Choice of Turkmenistan. Rakhmanov’s Turkish residence permit expired 18 months ago, and he was unable to renew it because his Turkmen passport had expired.

Turkmen consulates systematically refuse to renew the passports of Turkmen nationals abroad, according to Human Rights Watch. Rakhmanov only recently was able to extend his passport through December 2022, and he had intended to proceed with renewing his Turkish residence permit. Rakhmanov’s lawyer intends to file a request for refugee status on his behalf, the Turkmenistan Helsinki Foundation said.

Police in İstanbul detained Abulov, 35, on October 18 and transferred him to a deportation center. He has a valid Turkish residence permit and has not applied for refugee status. In August, Abulov tried to participate in a small rally outside the Turkmen consulate in Istanbul that was attacked by unidentified people and then broken up by Turkish police.

The authorities detained Allaliyev, 34, on October 22 in İstanbul at a migration office to which he had been summoned to file for a renewal of his expired residence permit, and it is believed that he has been transferred to deportation custody. Allaliyev, whose Turkmen passport has expired, has been active in Turkmen dissident online chat groups.

“Turkmen authorities severely punish peaceful critics of the government,” the Human Rights Watch statement said. “They allow no independent media or human rights scrutiny. The authorities suppress any indication of dissent and political expression and have imprisoned or driven into exile political opposition members, human rights defenders and activists, and independent journalists.”

According to the rights watchdog, the justice system in Turkmenistan completely lacks independence and transparency. Torture is widespread and dozens of people have been forcibly disappeared in Turkmen prisons, some for more than 19 years. The Turkmen government routinely imposes informal and arbitrary travel bans on various groups, including activists and relatives of exiled dissidents.

The involvement of Rakhmanov, Abulov, and Allaliyev in online chat groups and the like in Turkey puts them at immediate risk of persecution and ill-treatment upon return to Turkmenistan, Human Rights Watch said. Turkmenistan also routinely harasses and intimidates families of peaceful critics and dissidents abroad. In recent weeks law enforcement and security officials in Turkmenistan have pressed family members of a number of activists to convince them to halt their involvement in chat groups, online criticism and the like.

“It’s a relief that Turkish authorities have released Rakhmanov, and they have an obligation to protect Rakhmanov, Abulov, and Allaliyev from persecution,” Denber said. “They should not be complicit in severe human rights violations but rather should free the other two men and ensure they have access to an asylum proceeding, if they desire it.”