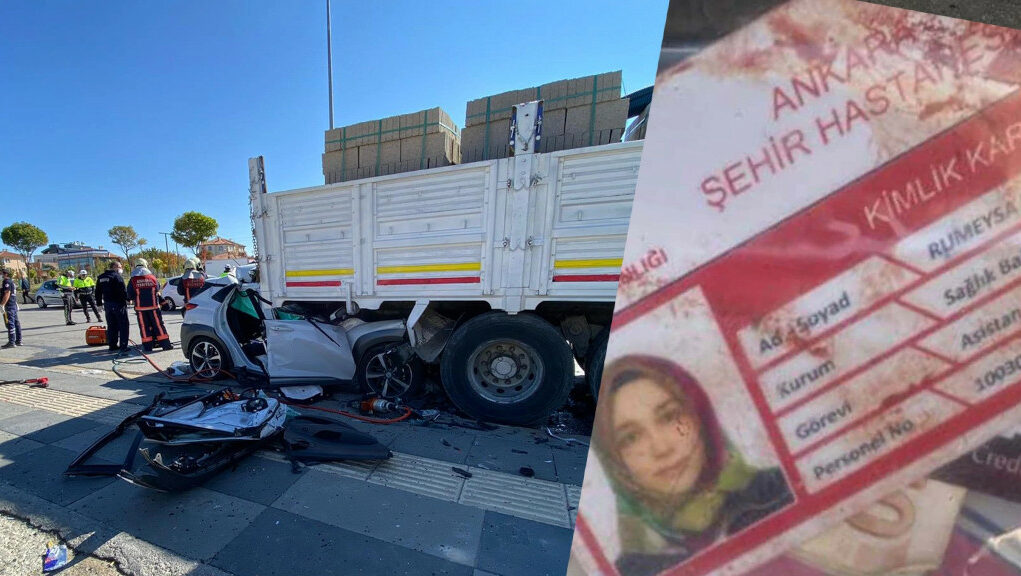 The death in a traffic accident of a physician who was driving home after a 36-hour shift at work has sparked outrage among health professionals over their working conditions, Turkish media reported on Monday.

Rümeysa Berin Şen, 25, died on Saturday morning when her car crashed into a truck parked on the side of the road as she was returning home after a long shift at Ankara City Hospital. She is believed to have fallen asleep at the wheel due to exhaustion.

Health professionals said the poorly designed shift system was the cause of the young doctor’s death, which they said has resulted in burnout and distress among health workers, as they gathered for a ceremony on Monday in front of Ankara City Hospital in memory of Şen, supported by the Ankara Medical Chamber, the Turkish Medical Association and the Union of Health Workers.

During the commemoration, doctors said they are driven to exhaustion as they are forced to see at least 100 patients at a clinic after a 24-hour shift. “Do you want to be the 110th patient of an exhausted, overburdened physician?” they asked.

The physicians attending the ceremony later went to the Health Ministry headquarters and protested the ministry’s practices.

The TTB’s resident and young physicians branch on Sunday organized a well-attended online meeting during which they announced several commemorative events and protests at all hospitals.

“We will raise our voices against this system. If steps are not taken immediately to improve our working conditions, everyone can be assured that we will take action,” the branch said in a statement.

Dr. Şen was laid to rest on Sunday in her hometown of Zonguldak. Her father, Prof. Dr. Murat Şen, who serving a prison term on terrorism charges, attended the funeral accompanied by gendarmes.

Murat Şen was the dean of the law faculty at Melikşah University in Kayseri, which was closed down by a state of emergency decree-law in the wake of an attempted coup on July 15, 2016. He was arrested and jailed on February 8, 2018 as part of the ruling Justice and Development Party’s (AKP) crackdown on the Gülen movement.

The Turkish government labels the movement as a terrorist organization and accuses Gülen and his followers of masterminding the attempted coup.

Although both Fethullah Gülen and the members of his group strongly deny any involvement in the abortive putsch or any terrorist activities, Turkish prosecutors have investigated 622,646 people and detained 301,932, while jailing 96,000 others due to alleged links to the Gülen movement since the failed coup, according to the latest official data, as part of a massive purge launched under the pretext of an anti-coup fight.

President Recep Tayyip Erdoğan has been targeting the movement since the corruption investigations of December 17-25, 2013, which implicated then-Prime Minister Erdoğan, his family members and his inner circle.