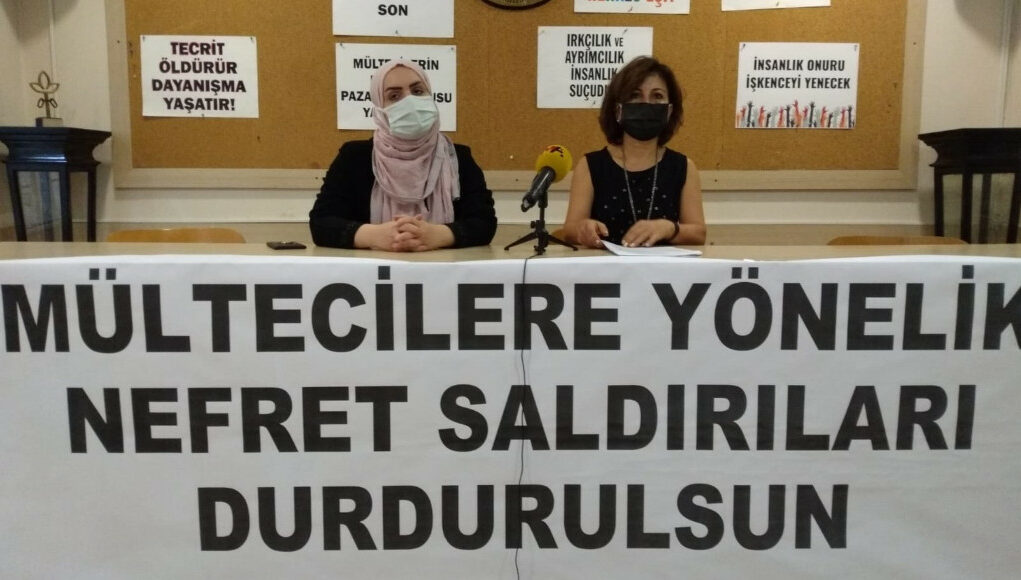 A refugee who has been living in İstanbul with her children for four months was beaten up and threatened by neighbors and insulted at the police station, the Stockholm Center for Freedom reported, citing the Bianet news website.

Speaking at press conference held by the Human Rights Association (İHD), the woman said she faced physical and verbal violence in their neighborhood in September and added that her neighbors threatened to kill her and her children.

She was also insulted by the police when she went to file a complaint against her neighbors, claiming she was treated like a criminal by the officers.

A group of locals attacked the houses, workplaces and cars of Syrian refugees in İzmir on September 30 following reports that a 17-year-old Turk was killed in a fight. A mob then headed to a neighborhood where Syrian refugees reside.

Violence erupted in the Turkish capital of Ankara in August as an angry mob vandalized Syrian businesses and homes in response to the deadly stabbing of a Turkish teenager. The Ankara Chief Public Prosecutor’s Office has launched an investigation into 61 people following the attacks.

Tanju Özcan, the mayor of Bolu province from the CHP, earlier said an additional water and solid waste tax 10 times the normal tax would be imposed on refugees living in Bolu.

In a recent meeting with representatives of refugees from various countries, Özcan said foreigners should respect local traditions and provided a long laundry list of things to do and not do that included not going out after 9:00 p.m., not gathering in parks in large numbers and not using too much spice while cooking because the odor disturbs the neighbors.

According to UNHCR Turkey hosts the largest number of refugees worldwide. The country is currently home to around 3.6 million registered Syrian refugees along with close to 320,000 persons of concern from other nationalities.