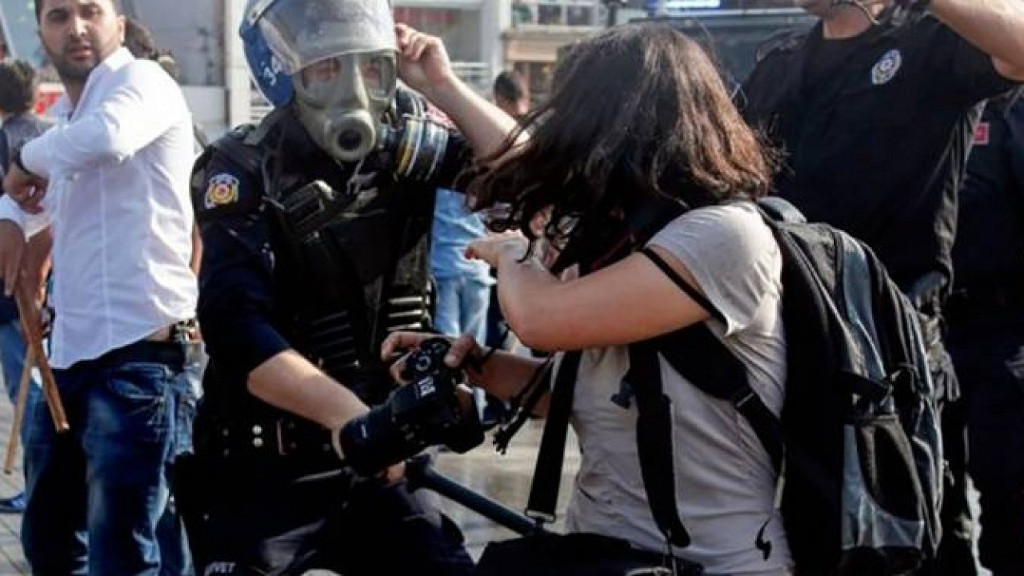 The violation of women journalists’ rights in Turkey continued in September, according to a monthly report released by the Coalition For Women In Journalism (CFWIJ), the Stockholm Center for Freedom reported on Monday.

According to the report, an investigation has been launched into Jinnews reporter Öznur Değer regarding her posts and stories about the assassination of seven people from the same family in Konya.

The report also mentioned the case of writer, lawyer and human rights activist Nurcan Kaya, who has been handed down a suspended sentence of 15 months due to a tweet she posted in 2014 about resistance in the Syrian town of Kobani against the occupation of the Islamic State in Iraq and the Levant (ISIL).

Kaya was sentenced due to her tweet, which said: “Not only Kurds but all the people living in Kobani are resisting. Democratic Arabs are also resisting…” against the siege by ISIL.

The CFWIJ documented 61 cases of violations against women journalists including detentions, legal harassment and physical assault around the world last month, the report revealed.

According to the report, freelance journalist and activist Sophia Huang Xueqin has reportedly gone missing in China.

Turkey is ranked 153rd among 180 countries in the 2021 World Press Freedom Index released by Reporters Without Borders (RSF) in April.