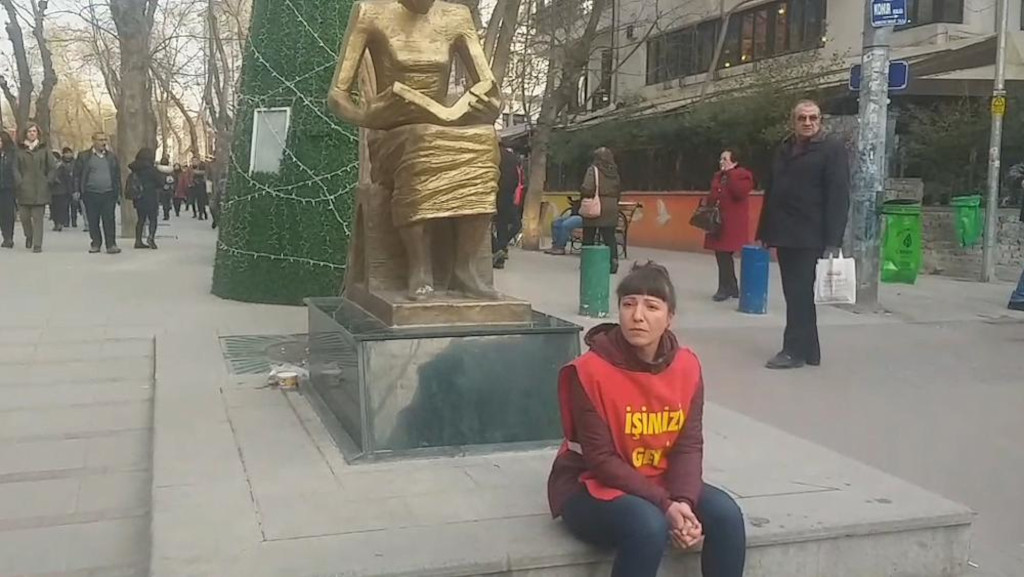 Turkish authorities seized the bank account of Nazan Bozkurt, a former public servant summarily fired from her job by an executive decree in 2017, after a TL 281,000 ($32,000) administrative fine was imposed on her for participating in a protest, the Stockholm Center for Freedom reported, citing the Turkish media.

According to notifications issued by the tax office, Bozkurt was hit with the fine for violating the law on misdemeanors. Speaking to the Bianet news website, Bozkurt said the seizure of her bank account was a surprise as her fines had been cancelled by administrative courts.

“I had 700 different fines cancelled by various courts, however, the tax office still seized my bank account,” she said.

Bozkurt said she would object the seizure with court documents proving the fines had been canceled.

Bozkurt was one of a number of former public servants protesting summary dismissals on Ankara’s Yüksel Street. The protestors demanded reinstatement to their jobs and were detained on August 13, 2020. Bozkurt, along with Acun Karadağ, Alev Şahin, Mehmet Dersulu, Mahmut Konuk and Armağan Özbaş, was arrested 10 days later.

Although Bozkurt was subsequently released and acquitted, she was still not reinstated to her job. Speaking to the Euronews Turkish service, Bozkurt said she had “been subjected to a lot of mistreatment” during and after the protests.

Bozkurt and other purge victims had been protesting human rights violations in Turkey and the purge of public servants since November 2016. They mainly gathered on Ankara’s Yüksel Street, in front of a human rights monument. The protests first started with two dismissed academics, Nuriye Gülmen and Semih Özakça, demanding their jobs back. Both academics later went on a hunger strike and were arrested on the 76th day of their protest. After months of imprisonment, Gülmen and Özakça were finally released.

The monument became a symbol of resistance and demand for justice after other purge victims and activists joined them. Turkish police have notoriously used excessive force against the protestors on Yüksel Street.