Acts of torture, enforced disappearances in Turkey could amount to crimes against humanity, tribunal judges say 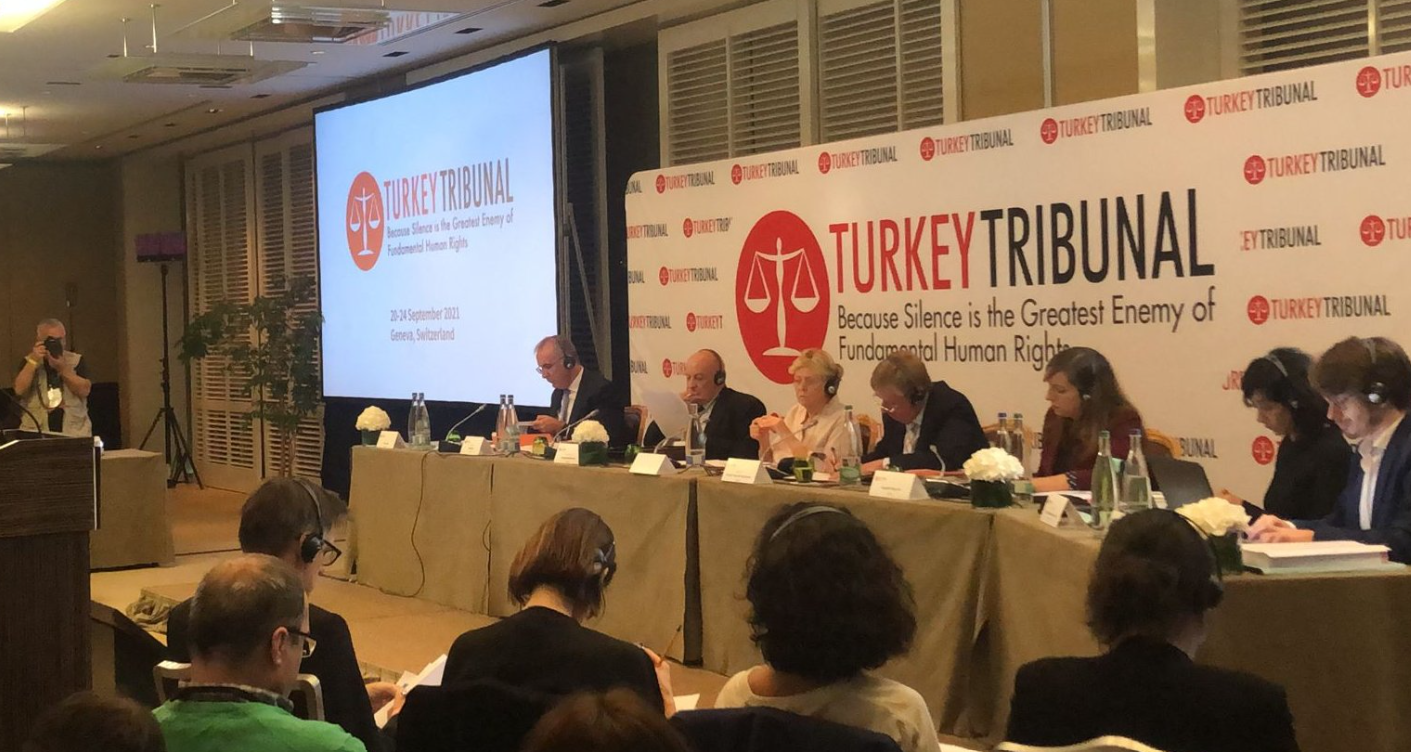 Some 32,000 Turkish citizens have entered the US through Mexico since 2020

The judges of the Turkey Tribunal, a civil society-led, symbolic international tribunal, on Friday announced their verdict on recent human rights violations in Turkey, saying that the torture and abductions perpetrated by Turkish state officials since July 2016 could amount to crimes against humanity in an application lodged with an appropriate international body.

The tribunal, set up under the initiative of Belgian-based law firm Van Steenbrugge Advocaten (VSA), met in Geneva between Sept. 21 and 25.

Presiding judge Françoise Barones Tulkens stated that the opinion was not legally binding but may serve as a source, with moral authority, for raising awareness.

Tulkens said the tribunal received credible accounts of torture, adding that the abduction cases before the judges amounted to enforced disappearances.

With regard to press freedom, Tulkens said the tribunal noted the plight of imprisoned journalists and recurring physical and mental violence inflicted on members of the press. The tribunal concluded that Turkey’s conduct does not meet its obligations under international law to ensure the public’s access to justice.

The panel of judges heard the testimony of witnesses who have been victims of human rights violations.

The judges also heard Tülay Açıkkollu, the widow of Gökhan Açıkkollu, a 42-year-old history teacher who died after 13 days of torture and abuse in police custody in 2016; Ercan Kurkut, the brother of Kemal Kurkut, a 23-year-old Kurdish student who was killed by Turkish police officers in 2017; and Sezin Uçar, the lawyer for Gökhan Güneş, who was abducted by people identifying themselves as police officers in January of this year.

The Turkish government did not use the opportunity provided to answer for itself.

Speaking to Turkish Minute, Johan Vande Lanotte, a professor of law at the University of Ghent who coordinated the initiative, said the inefficacy of the conventional methods of assessing rights violations in Turkey led them to come up with the idea of establishing a tribunal.

“We have looked into the people’s tribunals that took place in the past,” Lanotte said. “Usually, judges in those tribunals were activists who were already invested in the matter they were to decide on. We wanted to establish a tribunal that had judges who had no relation to the subject matter so their decision would not be affected by their interests.”

Lanotte, who himself presented a report before the judges, said the critical stance of the judges helped the initiative better understand the weaknesses of the rapporteurs’ work.

“We will work harder to refine our work,” Lanotte said, adding that the tribunal was an important test for the VSA, which will strive to hold to account the perpetrators of crimes against humanity working for the Turkish state, using various means.

“When it comes to crimes against humanity, national courts, the International Criminal Court and the various versions of the Magnitsky Act are the options,” Lanotte said.

Turkey has been experiencing a deepening human rights crisis in recent years, and President Recep Tayyip Erdoğan, with the aim of consolidating his one-man rule, has been systematically undermining the fundamental pillars of Turkey’s already imperfect democracy.

Some pundits view Turkey’s treatment of a faith-based group as a genocide in the making.

The Gülen movement is accused by the Turkish government and President Erdoğan of masterminding a coup attempt on July 15, 2016 and is labeled a “terrorist organization,” although the movement denies involvement in the coup attempt or any terrorist activity.

“The increasingly widespread witch-hunt, systematic and widespread hate speech, ongoing persecution and massacre of Gülen movement members have made conditions in Turkey ripe for a deliberate, planned and systematic genocide,” Bülent Keneş, a veteran Turkish journalist in exile, wrote in his 2020 book, which he says attempts to sound the alarm to the international community about developments in Turkey that are inching closer to a full-fledged genocide against the Gülen movement, a faith-based group targeted by the Turkish government.

“More than 130,000 people have been dismissed from their civil service jobs and deprived of their and their families’ subsistence. More than 282,000 people of all ages, because of their daily activities, which are non-criminal acts according to law and part of their normal routine, have been taken into custody, and in excess of 600,000 have been the subject of investigations. At least 77,000 people have been incarcerated,” Keneş said in a December interview with Turkish Minute.

Scores of Gülen movement followers were forced to flee Turkey to avoid a government crackdown following the coup attempt. Some of these people had to take illegal and risky journeys on dinghies to Greece because their passports had been revoked by the government.

According to a statement from Interior Minister Süleyman Soylu on February 20, a total of 622,646 people have been the subject of investigation and 301,932 have been detained, while 96,000 others have been jailed due to alleged links to the Gülen movement since the failed coup. The minister said there are currently 25,467 people in Turkey’s prisons who were jailed on alleged links to the movement.

Widespread or systematic imprisonment of individuals with alleged links to the Gülen movement may constitute crimes against humanity, the UN Human Rights Council’s Working Group on Arbitrary Detention said in an earlier opinion on the extradition of Arif Komiş, 44, Ülkü Komiş, 38, and their four children from Malaysia to Turkey in August 2019.