Expensive promotion of Erdoğan’s book in US sparks criticism 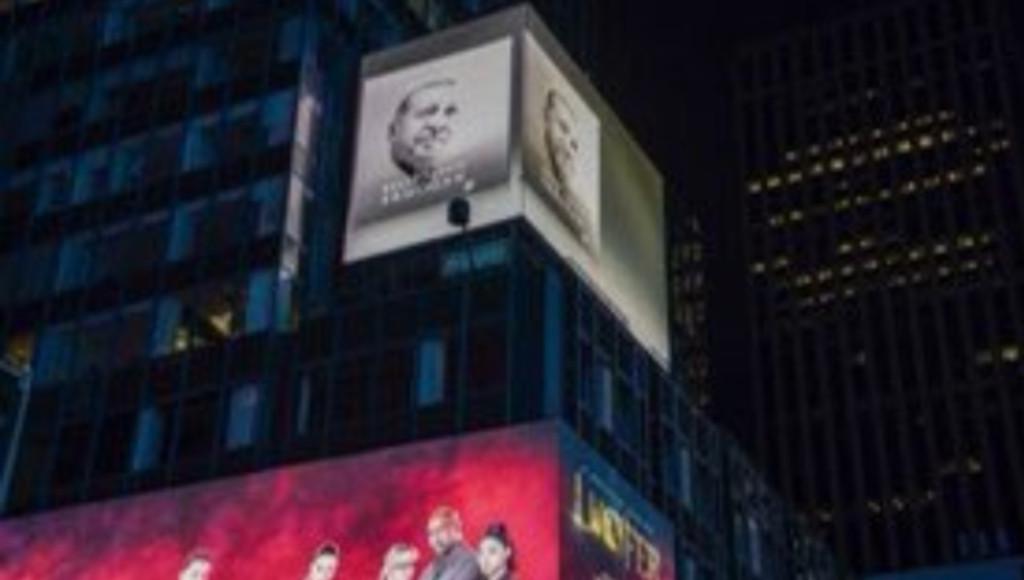 Turkish President Recep Tayyip Erdoğan is keen to promote his recently published book during his visit to the US, but the cost of promotion there is high, triggering criticism over the use of public resources for his expensive fancies, the Bold Medya news website reported on Thursday.

The book was published by Turkuvaz Kitap, a subsidiary of Turkuvaz Media Holding, which has close ties to Erdoğan and his ruling Justice and Development Party (AKP).

The price for using the huge screen in Times Square is between $5,000 and $50,000 a day, and the number of days the book will be promoted on the screen is not known.

Although Erdoğan and his wife, Emine Erdoğan, frequently give advice about frugality, their lavish lifestyle and penchant for luxury have been increasingly attracting public criticism, particularly at a time when the country has been going through financial and economic woes, exacerbated by maladministration and the COVID-19 pandemic.

Erdoğan flew to New York on Sunday to attend the United Nations General Assembly, and the two armored Mercedes S600 Guards he was using in Turkey as his official vehicles were transported from Esenboğa Airport in Ankara to JFK in New York on a military cargo plane at at a cost of $270,000.

When Erdoğan on Monday inaugurated the “Türkevi” (Turkish House) in New York City, a 36-story high rise that cost Turkey $291.2 million to build, social media users voiced criticism that the money could have been put to better use, especially at a time when university students in Turkey are protesting high dormitory and rental prices.

Some users argued that the $291.2 million spent on the construction of the high rise would have been enough to build student dormitories in Turkey to house 35,000 students.