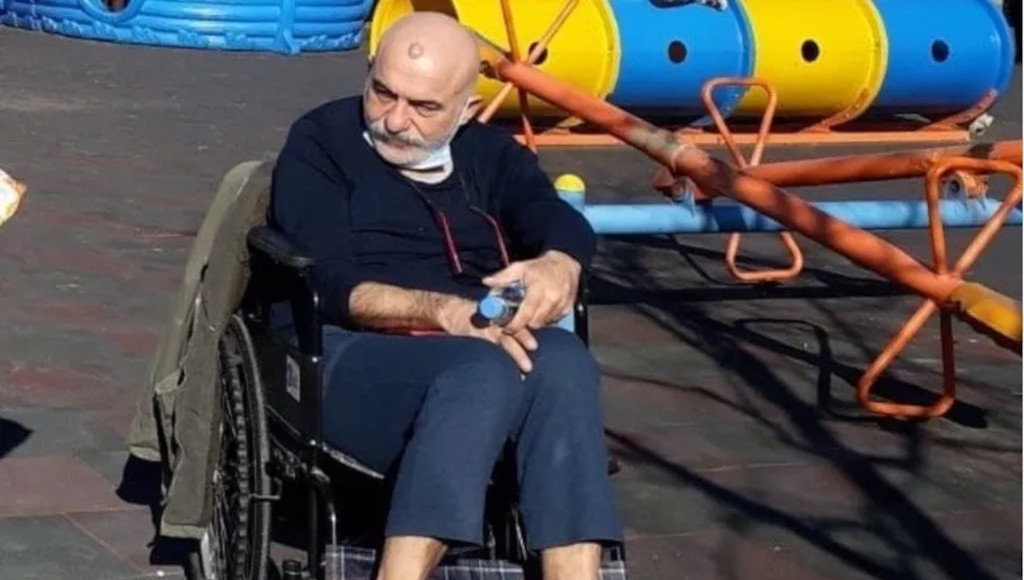 [ANALYSIS] How effective is the TB2 UCAV in the Ukraine-Russia war?

Bekir Güven, who suffers from the neurodegenerative Huntington’s Disease, was sent to prison yesterday after an appeals court upheld a 22-month prison sentence for a tweet he posted in 2015, the Stockholm Center for Freedom reported, citing the Tr724 news website.

Güven’s wife, Rukiye, said on Twitter her husband was sent to a prison in Eskişehir province, adding that he was unable to take care of himself due to his illness and was wheelchair bound.

“I am worried the emotional and physical stress of being in prison will aggravate his condition,” she said.

The lack of proper healthcare and poor prison conditions have been frequently criticized by opposition politicians and human rights activist who have demanded that authorities stop incarcerating sick prisoners.

Güven was charged with spreading propaganda for a terrorist organization and insulting Turkish President Recep Tayyip Erdoğan. Speaking to the Mezopotamya news agency, Rukiye Güven said her husband had been active in the Peoples’ Democratic Party (HDP) in 2015 before he started showing symptoms of Huntington’s.

“After the mass detention and arrest of HDP members started in 2016, my husband also stood trial for his social media activities,” she said. “He was sitting in front of a local cafe when the police came and took him. We were not able to see him after that, nor was his lawyer.”

Several members of the HDP along with co-chairs Figen Yüksekdağ and Selahattin Demirtaş were arrested in 2016.

The arrest of HDP deputies was the start of the Turkish government’s ongoing assault on the party and part of a broader pattern of politically motivated prosecutions and incarcerations in the wake of a July 15, 2016 coup attempt.

Rukiye Güven said they had contacted the Institute of Forensic Medicine to obtain a report deeming her husband unfit to remain in prison.

After Güven’s arrest was announced on Twitter, social media users demanded that the authorities release him.

Erdoğan has brought legal action on insult charges against 38,581 people during his time in office as president, compared to a total of 1,716 insult cases launched by five presidents before him,