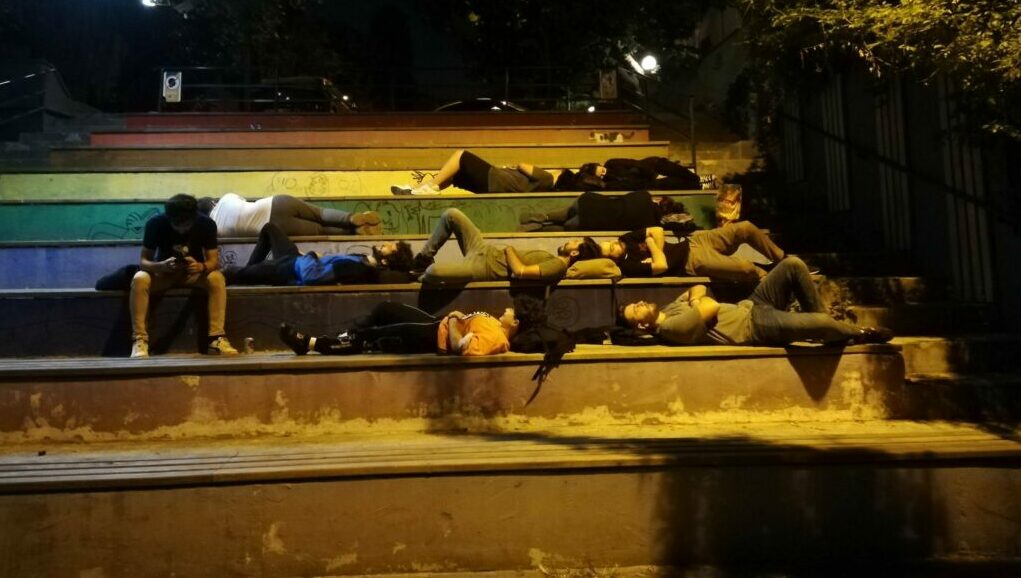 Police detained nine students in Ankara on Monday at a protest staged by the “We Can’t Shelter” movement, which is seeking to draw attention to problems encountered by university students in finding affordable accommodation, the Kronos news website reported.

A group of university students set up tents on Monday evening in İlhan Erdost Park in Ankara to protest high dormitory and apartment rental prices, but the police told them to remove the tents and detained nine students who refused the order.

A group of university students calling themselves the “We Can’t Shelter” movement staged their first vigil in Yoğurtçu Park on Sunday night, and the movement quickly spread to other cities as more students began staging similar protests in Ankara, İzmir, Kocaeli, Gümüşhane and other cities across the country.

Kemal Yılmaz, a member of the movement, told the Bianet news website that their demands were “to be able stay in quality dormitories without paying huge prices, or to stay in cheaper and larger houses or apartments by paying affordable rents and without compromising on quality of life.”

A statement posted on Twitter on Monday said university students who have returned to campus after a two-year hiatus due to COVID-19 pandemic have faced inadequate space at state-run dormitories, high prices at private dormitories and rising prices for apartment rentals.

The students’ complaints, however, fell on deaf ears as President Recep Tayyip Erdoğan referred to them as “exaggerations” before flying to New York to attend the UN General Assembly.

Erdoğan and his ruling Justice and Development Party (AKP) have so far made no move to deal with the students’ accommodation woes, although opposition politicians are lending support to the protesting students.

“These young people have a right to demand dormitories and rooms. We fully support them,” Başarır said.

CHP lawmaker Mahmut Tanal, who went to Yoğurtçu Park to support the students, said huge increases in rent are indicative of the economic crisis in Turkey.