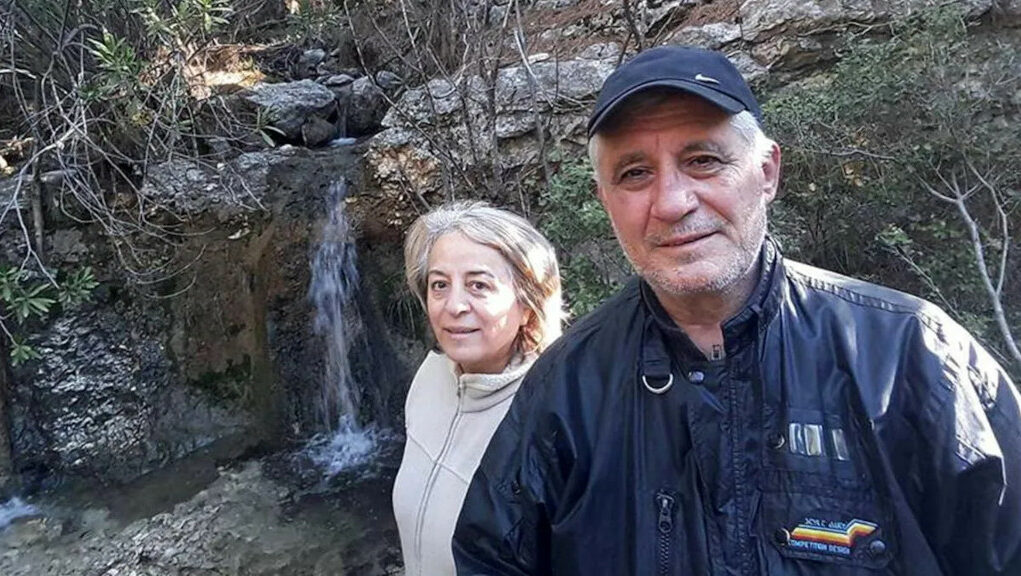 The Turkish government must get to the bottom of the murder four years ago of husband and wife Ali Ulvi and Aysin Büyüknohutçu, environmental defenders who challenged two illegally polluting stone quarries in an agricultural area near Antalya, a UN expert said in a statement on Friday, the Stockholm Center for Freedom reported.

The couple were shot on May 9, 2017 in their home in the Finike district of Antalya province in southern Turkey, after winning lawsuits against two mining companies that extracted marble and limestone in open pit quarries, polluting neighboring villages located in centuries-old cedar and pine forests.

“It is high time for Turkey to seriously investigate what really happened in this very disturbing case, given that environmental human rights defenders around the world are often at risk of being killed,” said Mary Lawlor, the UN Special Rapporteur on the situation of human rights defenders. “There is much about this case that is suspicious, from the role allegedly played by mine owners to the death of the alleged killer in prison.”

The two companies, Bartu Mermer and Bahçeci Mermer, were ordered to cease operations until they remedied their environmental damage, but Bahçeci Mermer continued to operate illegally, and Bartu Mermer unsuccessfully sued Mr. Büyüknohutçu for defamation. Instead of working with the environmental defenders and the communities, the companies tried to find ways around them, Lawlor said.

“The man who confessed to killing them claimed he had been paid off by a local quarry owner,” she said. “Why has this line of investigation never been explored?”

According to the statement, Ali Yumaç, a 31-year-old who had moved to the area only a few days earlier, confessed to the killings, first saying it was a robbery gone wrong. However, a few days later, he said he had been hired by a local mine owner who paid him a large sum of money to kill the couple.

Then authorities intercepted a letter he gave to his wife to deliver from prison. Addressed to the owner of Bahçeci Mermer mine, the letter demanded a second instalment for successfully carrying out the killings. A few months later, while still awaiting trial, Yumaç was found dead in a high security prison in a cell designed to be suicide-proof. His death was ruled a suicide.

“Of course, it is possible that there was no foul play, and that he really did commit suicide,” Lawlor said, “but with the authorities refusing to investigate further, how can anyone be certain?”

In a report to the Human Rights Council earlier this year, Lawlor found that environmental human rights defenders were among those most at risk of being killed, often while investigating businesses.

“Having no investigation or an inadequate investigation creates impunity, and emboldens people to kill more human rights defenders,” Lawlor said.

“I implore the Government of Turkey to ensure that all lines of investigation are followed to restore trust in the authorities and to secure peace of mind for the Büyüknohutçu family.”

States must provide a safe and enabling environment in which environmental human rights defenders can operate free from threats, harassment, intimidation and violence, as highlighted in the Framework Principles on human rights and the environment, said Lawlor and two other experts.