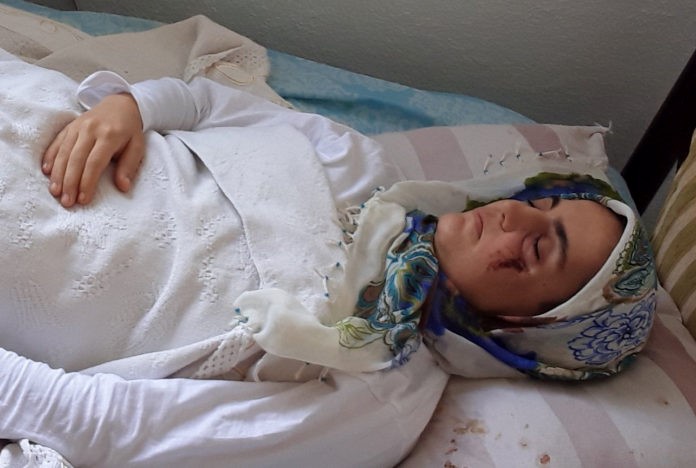 The health of Ayşe Özdoğan, 34, who suffers from a rare form of cancer and is facing imprisonment on a terrorism conviction, has seriously deteriorated, the Stockholm Center for Freedom reported, citing Tr724 news website.

Özdoğan said on Twitter she could no longer eat solid foods and suffered from a chronic infection in her sinuses, where a tumor was removed. She added that she could not chew or swallow since her facial bones could not support such actions because of the cancer.

“I can barely hold my head up from the constant headache and suffer from heavy bleeding,” she said. “I cannot bear the pain.”

Özdoğan also suffers from complications due to multiple surgeries and radiation therapy.

Özdoğan, a former teacher, was handed down a nine year, six month prison sentence for alleged links to the Gülen movement. An appeals court on June 11 upheld her sentence despite her severe health problems and a hospital report saying she was not fit to stay in prison.

Özdoğan called on authorities to postpone the execution of her sentence and was supported by Turkish Twitter users who conducted a hashtag campaign in June for her benefit.

Authorities have still not postponed Özdoğan’s sentence, saying a hospital report was not sufficient and that she also needed a report from the Institute of Forensic Medicine.

Özdoğan and her husband were detained on April 8, 2019 for alleged links to the Gülen movement, but she was released due to her son’s heart condition. Her husband was sent to prison in southern Antalya province.

Özdoğan developed cancer seven months later and underwent an operation on November 12, 2019. However, she was arrested shortly after, convicted and sentenced to nine years, six months in prison.

Özdoğan’s arrest sparked outrage, and thanks to an online campaign started by Ömer Faruk Gergerlioğlu, a human rights activist and deputy from the Peoples’ Democratic Party (HDP), she was released pending appeal on December 27, 2019.

Gergerlioğlu said critically ill political prisoners were not released from prison “until it reaches the point of no return.” He depicted the deaths of seriously ill prisoners in Turkey who are not released in time to receive proper medical treatment as acts of “murder” committed by the state.