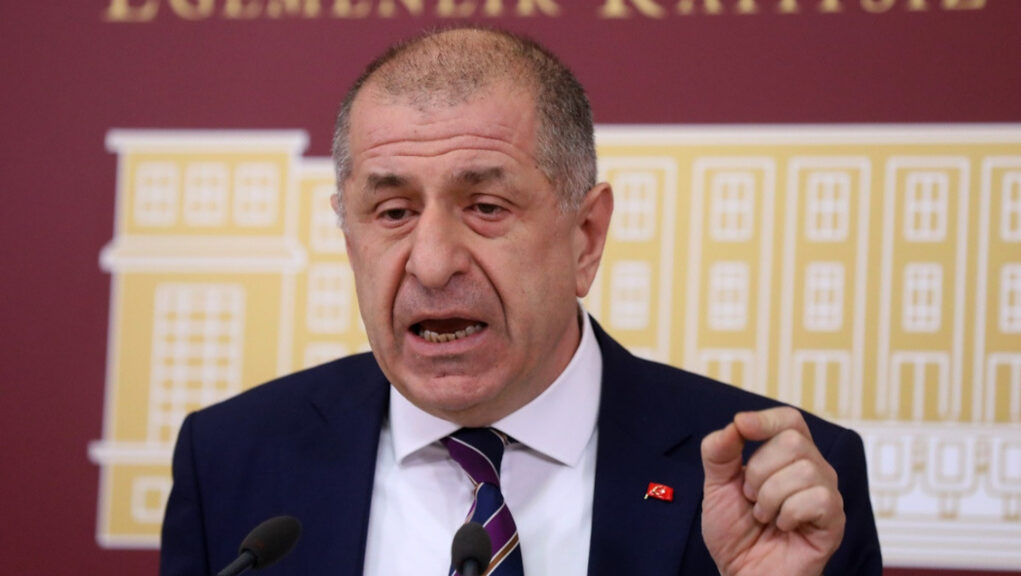 A far-right lawmaker who has recently been in the spotlight over his xenophobic statements announced he has founded a new political party that is expected to embrace an anti-immigration stance, the Tr724 news website reported on Tuesday.

Ümit Özdağ, a former deputy chair of the Nationalist Movement Party (MHP) and a former İYİ (Good) Party İstanbul lawmaker, announced in a tweet that his new party’s name would be the Victory Party (ZP).

Özdağ had been dismissed from the İYİ Party on Nov. 16 by the disciplinary board in a unanimous decision for making unfounded allegations about the party’s İstanbul chair, saying he had terrorist links.

Özdağ had later gone to court, arguing that his expulsion was unjust. The court returned him to his former party; however, he soon resigned.

“May the Victory Party bring good luck to the Turkish nation and our political scene. With a name and logo befitting the 99th anniversary of the Great Offensive (the final battle of the Turkish War of Independence in 1922) and 950th anniversary of the Victory of Manzikert (1071 Battle of Manzikert, marking Seljuk Turks’ entry into Anatolia) as well as with a program that deals with every issue in the country, we will embrace the future and every social group. The victory will belong to our glorious nation,” Özdağ said.

Not surprisingly, Özdağ’s message was rife with nationalist rhetoric. The party is expected to promote anti-immigration policies.

Özdağ had lent support to Bolu Mayor Tanju Özcan, from the main opposition Republican People’s Party (CHP), who sparked mixed reactions when he said in late July that an additional water and solid waste tax 10 times the normal tax would be imposed on refugees in Bolu in order to persuade them to leave.

More recently, on Monday, Özdağ posted the photograph of an Afghan grocery store owner in Kırşehir on Twitter, making him target of anti-refugee sentiment.

“A young Afghan who opened a grocery store in downtown Kırşehir,” he tweeted.

“Not the person who operates that grocery store, but the person who targets him, poses a danger to society! Keep away from him,” tweeted exiled journalist Tarık Toros, from Tr724.

“Ümit Özdağ has long been number 1 in the top ten list of evil and racism. The further away you are from Ümit Özdağ, the closer you are to becoming a human being,” tweeted Veli Saçılık, a sociologist, activist and writer.

“This is the shameful act of making a person the target of an attack. There’s no other way to put it,” journalist Ergun Babahan tweeted, replying to Özdağ’s post.

Özdağ had also threatened Garo Paylan, an Armenian deputy from the Peoples’ Democratic Party (HDP), with another genocide in the wake of the recognition of the mass killings of Armenians at the hands of the Ottoman Empire as genocide by the US administration.

On April 24 Paylan criticized the naming of streets in Turkey after Talaat Pasha in a tweet.

“We are walking on streets 106 years later named after Talaat Pasha, the architect of the genocide. We send our kids to schools named Talaat Pasha,” tweeted Paylan.

Özdağ had said in a tweet that Paylan should have a “Talaat Pasha experience,” referring to the Ottoman politician who ordered the Armenian genocide in 1915.