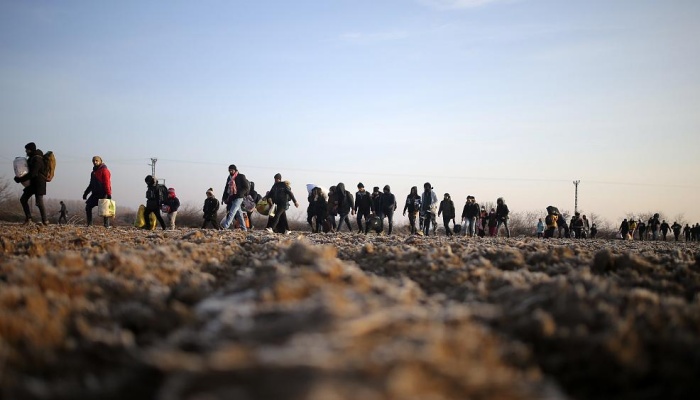 More than 90 percent of Turks are against accepting more refugees amid a new and growing wave of Afghan migrants arriving in the country, local media reported on Tuesday, citing a survey recently conducted by the Konsensus Araştırma pollster.

Turkey, which hosts some 3.8 million registered Syrian refugees, is currently faced with an increasing number of Afghan nationals attempting to enter the country through Iran after the Taliban took control of the Afghan capital Kabul on Sunday. Between 500 and 1,000 Afghans are estimated to have arrived in Turkey each day since early July.

According to the poll, which was conducted in telephone interviews with 1,500 participants between July 4-10, only 9.1 percent of respondents support the idea that Turkey should accept new refugees.

When asked “Do you agree or disagree with the statement that no more refugees should be admitted to Turkey?” 67.7 percent said they agreed, while 23.2 said they “partly agreed.”

On August 10, a group of locals attacked houses, workplaces and cars owned by Syrian refugees in Ankara’s Altındağ district.

According to the “Hate Speech and Discriminatory Discourse in Media 2019 Report,” published by the Hrant Dink Foundation, Syrian refugees in Turkey were the second most targeted group in the Turkish media, with 760 hate speech items.

The report states they were systematically coded as criminals, murderers and thieves who posed imminent security problems including terrorism. Syrians were also represented in the media as the reason for the current adverse economic situation in Turkey and rising unemployment numbers.