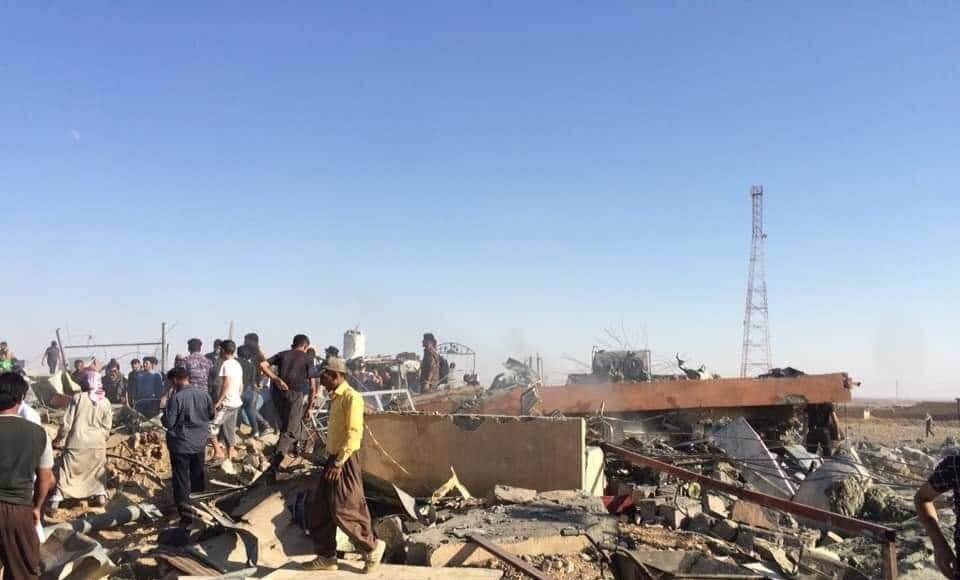 The death toll in a Turkish air raid on a clinic in Iraq’s Sinjar province has risen to eight, local officials said Wednesday, a day after the attack, Agence France-Presse reported.

The Kurdish separatists have waged a decades-long insurgency against Turkey and maintain bases in the rugged mountains across the border in Iraq.

“The number of martyrs in the Turkish bombardment is eight,” officials said in Sinjar, updating an initial toll of three.

Those killed were four employees of the clinic and four fighters from the PKK-linked 80th Brigade of Iraq’s powerful, state-sponsored Hashed al-Shaabi coalition.

The 80th Brigade is made up of Iraq’s Yazidi minority, who were persecuted by the Islamic State group from 2014 and whose bastion is Sinjar.

One local source said drones were used in the attack.

On Monday, another Turkish strike killed a senior official from the 80th Brigade.

Repeated Turkish raids have stoked tensions with Baghdad, but President Recep Tayyip Erdogan has warned that his country will deal with the PKK presence if Iraq is unable to do so.

Turkey has installed around a dozen military bases over the past 25 years in Iraq’s autonomous Kurdish region, and it launched a new cross-border offensive in the spring against the PKK, consisting of both aerial and ground attacks.

Iraq regularly decries violations of its sovereignty and has repeatedly summoned the Turkish ambassador over Ankara’s cross-border military campaign.

There has so far been no response from Baghdad to the recent strikes.