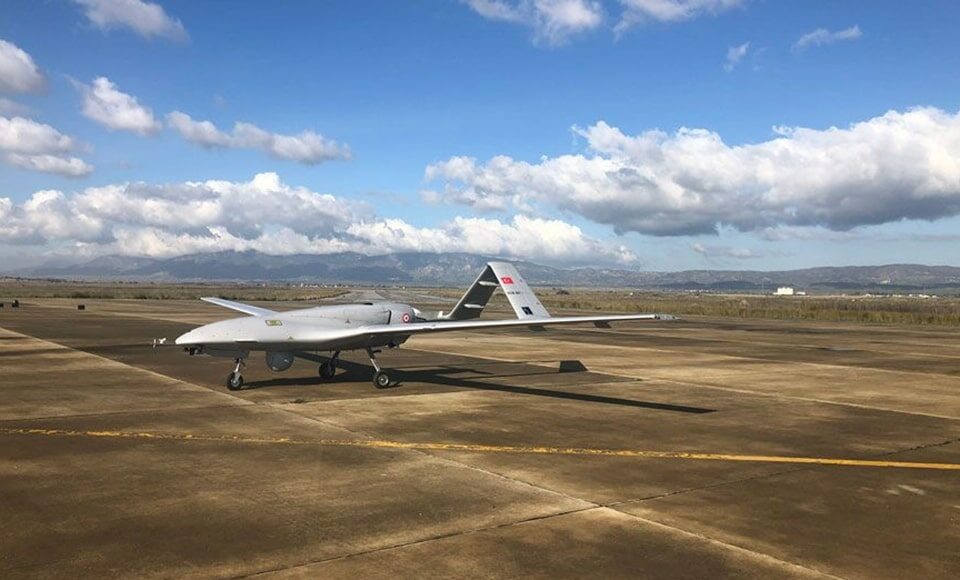 Twenty-seven members of the US Congress have voiced concern over Turkey’s unmanned aerial vehicle (UAV) program in a letter sent to Secretary of State Antony Blinken on Monday, claiming that the program has destabilized multiple regions of the globe and threatens US interests, allies and partners.

In the letter the congressmen expressed their unease with Turkey’s purchase of the Russian S-400 missile defense system and its plans to purchase an addition to it despite warnings and objections from the US and other NATO allies.

The members of Congress said: “As a result of our long-standing alliance, Turkey has received favorable terms from the American defense industry, including co-production rights for weapons systems, advanced weapons sales, and technology transfers. Despite decades of close cooperation, Turkey chose to violate that relationship by purchasing the Russian S400 missile air defense system in violation of US law – the Countering America’s Adversaries Through Sanctions Act (CAATSA). So far, the Turkish government is undeterred, and it has been reported that Turkey is purchasing a second S400 system from Russia.”

Despite Washington’s warnings and threats of US sanctions, Turkey started taking delivery of the first S-400s in July 2019. In response, Washington removed Turkey from the F-35 program, in which Ankara was a manufacturer and buyer.

“Turkish actions have continued to run contrary to its responsibilities as a NATO member state, despite its ejection from the F35 joint strike fighter program and the imposition of sanctions. These actions include the proliferation of drones.”

The members of congress said “Turkish drones have been deployed by Azerbaijan over the past year against Armenian civilians in Artsakh, Syria [sic]”; against Kurdish forces that have partnered with the US in the war against Islamic State in Iraq and the Levant (ISIL); and in Libya’s civil war, adding that Turkey has entered into agreements to sell drones to Poland and Pakistan and is discussing the joint production of armed UAVs and anti-drone defense systems with Russia and Pakistan. Turkey has also declared its intention to establish a permanent drone base in occupied Cyprus, which will deploy attack drones from its amphibious assault ships.

The Bayraktar TB2 drones, the first of which are due to be delivered next year, will be armed with anti-tank projectiles. Poland will also buy a logistics and training package, said the minister at the time.

“The potential for these drones to further destabilize flashpoints in the Caucasus, South Asia, the Eastern Mediterranean, the Middle East, and North Africa is too great to ignore. In a recent Wall Street Journal report on Turkey’s program, retired US Army Lieutenant General Mike Nagata said that Turkey’s drones were ‘part of a much larger challenge regarding the future of the relationship between Turkey and the United States and NATO’,” said the congressmen.

They also noted that battlefield evidence from Artsakh confirms that Turkey’s Bayraktar drones contain parts and technology from American firms and US-based affiliates of foreign firms, adding that the continued transfer of such technology appears to violate arms export control laws and run afoul of the CAATSA sanctions that Congress has imposed on Turkey, especially its Savunma Sanayii Baskanligi (SSB) (Turkey’s Presidency of Defense Industries).

According to a statement from the US State Department in April, Turkey’s SSB, along with its chief and three other senior officials working within it, would be sanctioned by the US CAATSA beginning on April 7.

The sanctions Washington imposed on NATO ally Turkey on Dec. 14 include a ban on all US export licenses and authorizations to the country’s SSB as well as asset freezes and visa restrictions against four SSB officials as punishment for Ankara’s purchase of the Russian-made missile defense system.

The SBB is a civil institution established by the Turkish government that manages the country’s defense industry and supply of military technology.

The members of congress also requested a briefing from the Department of State that details potential ramifications of Turkish drone proliferation, employment and sales; whether or not Turkey is developing UAV’s with materials or technologies that would be in violation of currently imposed sanctions; and whether Turkey’s actions constitute yet another violation of NATO rules and bylaws.

“We further urge an immediate suspension of any export permits for US drone technology to Turkey pending a State Department review,” they said in the letter.