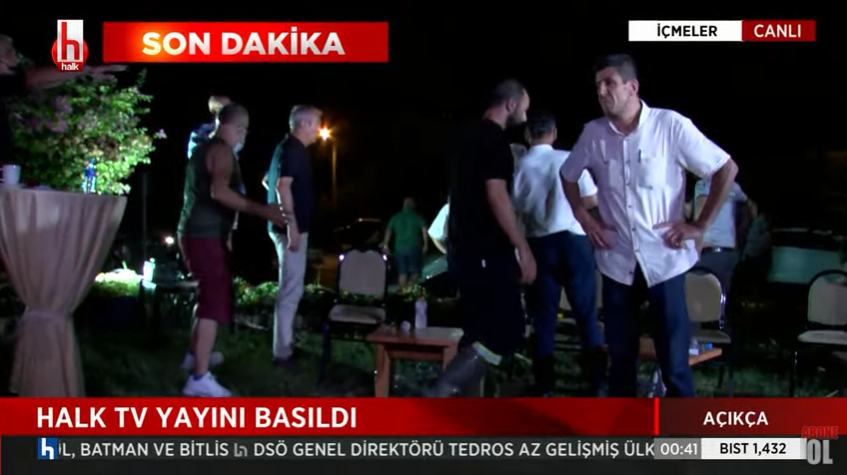 A group of people in the southwestern Turkish resort town of Marmaris on Thursday interrupted a live show broadcast by the government-critical Halk TV on deadly wildfires that have scorched the region for the past nine days, attacking the crew and the guests.

“We’ll stop you if you lie,” shouted the attackers as one of them hurled a broken bottle at a Halk TV cameraman, according to Turkish media.

Sertan Yüce, one of the attackers taken into police custody after the incident, is a member of the ruling Justice and Development Party’s (AKP) Marmaris district branch, T24 reported, citing a Halk TV manager.

The broadcast was focused on the ongoing wildfires, with harsh criticism directed against AKP for its poor handling of the crisis.

Critics say the forested areas lost to the recent fires have increased particularly due to the AKP’s sluggish response, with opposition parties accusing the government of failing to procure firefighting planes in the past.

Karadağ halted the broadcast and tried to stop the attackers with the help of his guests, T24 said.

Ağar has recently been in the spotlight. He is among the main targets of Turkish mobster Sedat Peker, who started a series of tell-all YouTube videos in May, making shocking revelations about state-mafia relations and drug trafficking and murders implicating state officials.