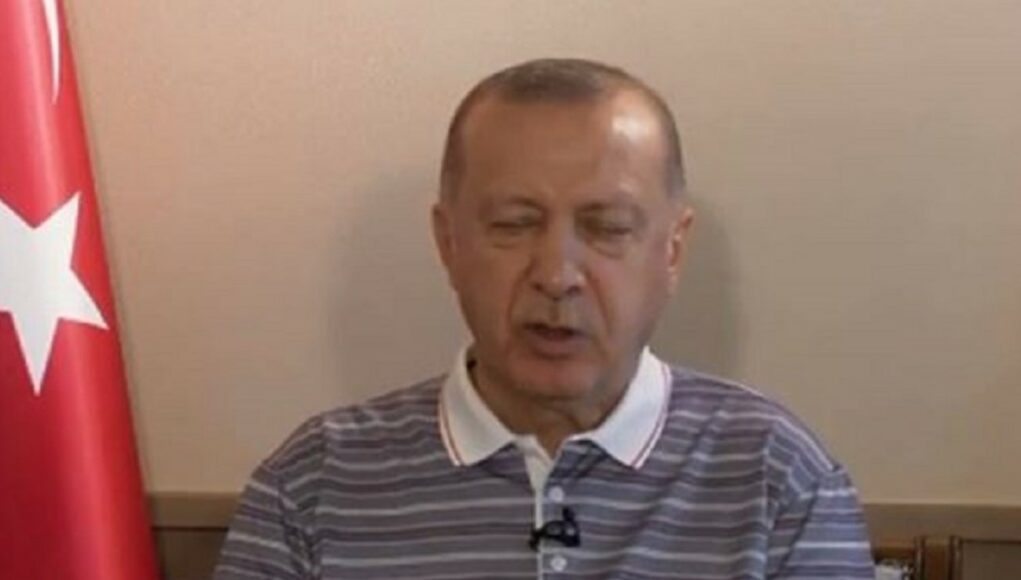 Turkey’s broadcasting watchdog has imposed an administrative fine on pro-opposition broadcaster TELE1 due to comments made by a doctor regarding Turkish President Recep Tayyip Erdoğan’s health, which came to public attention once again after his momentary dozing off during an Eid greeting video released last week, local media reported on Wednesday.

The Radio and Television Supreme Council (RTÜK) fined TELE1 for airing the remarks of public health expert Ahmet Saltık during a program on July 23. The RTÜK members made their TELE1 decision unanimously.

Saltık on July 23 commented on an Eid al-Adha greeting video from Erdoğan, which showed him letting out an audible sigh before falling asleep for a moment while addressing members of his ruling Justice and Development Party (AKP). In the 13-minute video, which quickly went viral on social media, the president is seen closing his eyes and dozing off for a second between two sentences of his Eid greeting before he quickly recovers to continue from where he left off.

Referring to the incident, Saltık said it was “unacceptable” for a president to doze off for a second, even if he was just tired and not seriously ill.

“We have the right to information regarding Erdoğan’s [health]. And if Turkey is still a constitutional state of law, it’s Erdoğan’s … responsibility to respect this right,” Saltık said.

The public health expert also brought up the suspicious death of Sümer Güllap, a 42-year-old neurologist who died of influenza six months after examining then-Prime Minister Erdoğan after he suddenly fell ill in October 2006.

RTÜK has also fined Bloomberg HT, a business channel, due to a complaint filed by the Turkish Football Federation (TFF) against remarks by journalist Fatih Altaylı during a program on the station three months ago.

Altaylı last week said in his column for the Habertürk news website that it was a “real disgrace” on the state-run Anadolu news agency’s part to release the video without cutting out the moment where Erdoğan is seen letting out a sigh and falling asleep for a split second. The journalist further described the development as a “national security issue,” claiming that someone close to Erdoğan released the video as it was in order to put him in a difficult position by making him appear weak.

The imposition of fines was announced on Wednesday by İlhan Taşçı and Okan Konuralp, RTÜK members from the main opposition Republican People’s Party (CHP), who criticized the decisions for violating freedom of expression and thought.

Although Erdoğan has long been rumored to suffer from multiple health problems, including epilepsy, the presidency hasn’t yet made an official statement on the subject.

Secrecy is paramount when it comes to Erdoğan’s health, since any revelation of declining health could encourage his opponents, who would start raising questions as to whether he was fit to occupy the country’s highest executive office, the Swedish-based Nordic Monitor said in a report in May 2020.