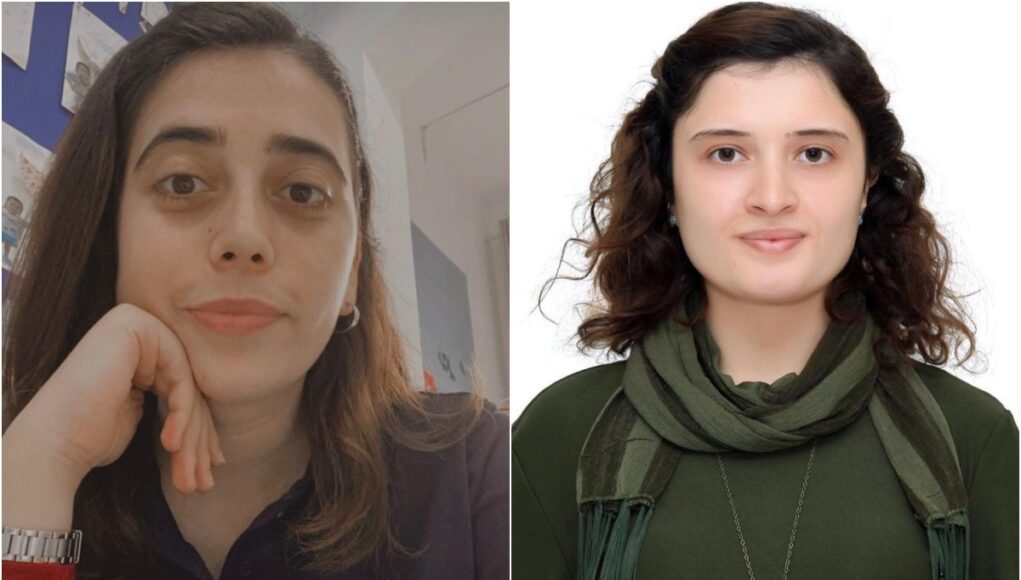 German authorities have rejected the asylum applications of two Turkish teachers who worked for schools with ties to the Gülen movement, taking action to deport them to Bulgaria, where they face extradition to Turkey, which accuses the group of masterminding a failed coup in 2016, the Bold Medya news website reported.

The movement strongly denies any involvement in the failed putsch.

According to a special report by Sevinç Özarslan from Bold Medya, Jülide Çetin and Şeyma Demirel, who worked as English teachers at Horizon International Bilingual School in Hanoi, arrived in Germany on June 18 with a visa issued by Bulgaria and applied for asylum in the country. They have been kept at the airport for 36 days and say they await deportation within four or five days.

The teachers claim they will not be safe in Bulgaria as the country has deported at least seven Gülen-linked asylum seekers to Turkey, where they faced prosecution.

Dismissing the investigations as a Gülenist coup and conspiracy against his government, Erdoğan designated the movement as a terrorist organization and began to target its members. He intensified the crackdown on the movement following the coup attempt on July 15, 2016 that he accused Gülen of masterminding.

According to the latest information provided by Turkish officials, 622,646 people have been the subject of investigation and 301,932 have been detained, while 96,000 others have been jailed due to alleged links to the Gülen movement since the failed coup.

Not safe in Vietnam

The teachers say they went to Germany because they were not safe in Vietnam.

According to recent official statements by Turkey’s interior ministry, Ankara has sent 800 extradition requests to 105 countries since the coup attempt, and some 110 alleged members of the Gülen movement have been brought back to Turkey as part of the government’s global campaign.

A recent report by Freedom House on transnational repression states that Turkey has become number one among countries that have conducted renditions from host states since 2014. The Turkish government has pursued its perceived enemies in at least 30 host countries spread across the Americas, Europe, the Middle East, Africa and Asia since July 2016.

The report sheds light on the corruption and co-optation of some host country institutions including local police or security services that arrested Turkish citizens, who are then held in detention for a short period before being secretly transferred to Turkish custody and immediately taken to Turkey on Turkish aircraft.

“Turkey’s top officials openly claim credit for the kidnapping offensive against the Gülen movement, and praise the role of the MİT in the renditions,” the report stated.

Starting in 2016 Turkey intensified its efforts to bring back Gülen followers from around the world.

“We will return to the country one by one those [Gülenists] who fled and now think they’re safe,” Erdoğan vowed at the time.

Businessman Abdullah Büyük, facing prosecution in Turkey over Gülen links, moved to Bulgaria in 2016, imagining the country would be safe for him as an EU member state.

Bulgarian courts denied an extradition request from Turkey for Büyük. However, the Turkish foreign minister announced publicly that they planned to bring “a person of interest” back from Bulgaria.

On his way to a meeting in Sofia, police blocked Büyük’s vehicle. Bulgarians drove him 180 miles to the border, where they handed him over to Turkish authorities.

Accused of membership in a terrorist organization since Ankara designates the movement as such, he was kept in pretrial detention for more than three years and was later released into house arrest with an electronic ankle bracelet while his trial continued.

In a draft report on Turkey prepared by the European Parliament Foreign Affairs Committee the members of the European Parliament strongly condemned “forced extraditions, kidnapping and abduction of Turkish citizens residing outside Turkey on the sole basis of their alleged links to the Gülen movement” and urged the European Union to address the “worrying” practice in its own member states, notably in Bulgaria.

In 2016 the Bulgarian authorities had refused to initiate asylum proceedings for journalist D, who was not named by the ECtHR, and had returned him to Turkey.

The ECtHR held that despite the fact that the applicant had expressed fears that he might face ill-treatment in the event of being returned to Turkey, the Bulgarian authorities had not examined his application for international protection.

“D. previously worked for the Zaman daily newspaper and the Cihan press agency, both belonging to the Feza Media Group, which was viewed as ‘Gülenist’ and as critical of the existing political regime in Turkey,” the ECtHR said in its decision.

“On 6 March 2016 the group’s entire board was replaced by a committee of three members appointed by an Istanbul court. According to the international press, from that date onwards, Zaman adopted a pro-government editorial policy. D stated that after that date he had been dismissed and had his press card withdrawn. Following the adoption of a legislative decree issued on 27 July 2016 in the context of the state of emergency introduced in Turkey after the attempted coup of 15 July 2016, Zaman was closed down. According to D’s explanations, he left Turkey after those events, at a time when a range of measures were being taken against media outlets and journalists (dismissal, arrest, detention and confiscation of passports),” the ECtHR said, stating the principal facts regarding the case.

“Between September and October 2016, D and eight other passengers (six Turkish and two Syrian nationals) crossed the border between Turkey and Bulgaria hidden in a heavy goods vehicle.”

According to the ECtHR decision citing D’s account, they were detained at a Bulgarian border police station and despite the fact that D and and other passengers stated that they wished to seek asylum their requests were to no avail.

“On 15 October 2016, at about 5.30 a.m., D was allegedly handcuffed and taken with the other six Turkish passengers to the Kapitan Andreevo border post, where they were handed over to the Turkish authorities,” the ECtHR said.

D was immediately jailed in Turkey and was convicted of membership in a terrorist organization and sentenced to seven years, six months’ imprisonment. The journalist is currently incarcerated in Kocaeli’s Kandıra Prison.

The ECtHR concluded that, despite the fact that D had expressed fears that he might face ill-treatment in the event of being returned to Turkey, the Bulgarian authorities had not examined his application for international protection, violating the Articles 3 and 13 of the European Convention on Human Rights.