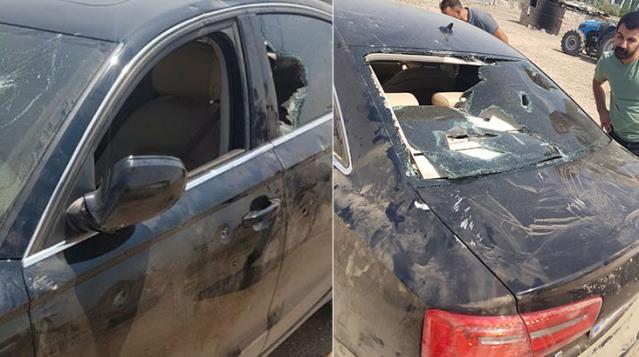 A Kurdish man was killed and two others were wounded in an allegedly racist attack in Turkey’s central province of Konya on Wednesday, prompting an outcry among many netizens as well as politicians from a pro-Kurdish party, while the Konya Governor’s Office rejected reports of a racist motive in the attack, Turkish media reported.

Hakim Dal, 43, died and two others from the same family were wounded as a group of 60 people attacked a family that had moved to the Meram district of Konya from Diyarbakır, allegedly calling the family members terrorists.

Hamdi Dal, the victim’s brother, told the Mezopotamya news agency that they were attacked because they were Kurds. “They were pressuring us, telling us to sell our land and move away. The people from nearby villages, too, wanted us to leave,” he said.

“The family makes its living from animal breeding. They have been living in this village for a long time. There have been at least three attempted attacks against this family,” Mehmet Emin, an eyewitness, said.

Reports of racism as the motive behind the attack urged many people, including lawmakers and politicians from the pro-Kurdish Peoples’ Democratic Party (HDP), to condemn the attack, making it a trending topic on Twitter on Wednesday under the hashtag KonyadaIrkcıSaldırı (RacistAttackInKonya).

In a tweet tagged under KonyadaIrkçıSaldırı, HDP Ankara lawmaker Filiz Kerestecioğlu said: “We will not keep silent in the face of racist attacks against Kurdish citizens in Afyon, Ankara and Konya! We seek to coexist under the principle of equal citizenship. Shoulder-to-shoulder against racism and fascism…”

The pro-Kurdish Democratic Regions Party (DBP) issued a statement on Thursday slamming the attack which it argued was the “result of the discriminatory and aggressive discourse of the regime of the Justice and Development Party [AKP] and the Nationalist Movement Party [MHP].”

In a joint statement 15 bar associations, mainly from provinces in Turkey’s Southeast, condemned the attack undertaken “citing the Kurdish identity and use of the Kurdish language as a pretext.”

The HDP’s İstanbul organization called on “democratic powers, youth, women, and all otherized people” to attend a press statement to be made in İstanbul on Thursday to protest the “systematic racist-fascist attacks.”

The Konya Governor’s Office has denied allegations of racism as the motive behind a violent quarrel between two families in the central Turkish province last night, attributing the incident to a dispute over the use of grassland for grazing animals.

In its statement the governor’s office maintained that the dispute which erupted after the family’s animals wandered onto land belonging to other villagers evolved into a violent encounter.

“The incident is a legal matter, but certain circles are trying to advertise it as an ethnic quarrel with efforts to create perceptions to that end. Such provocative posts and reports should not be honored,” it said.