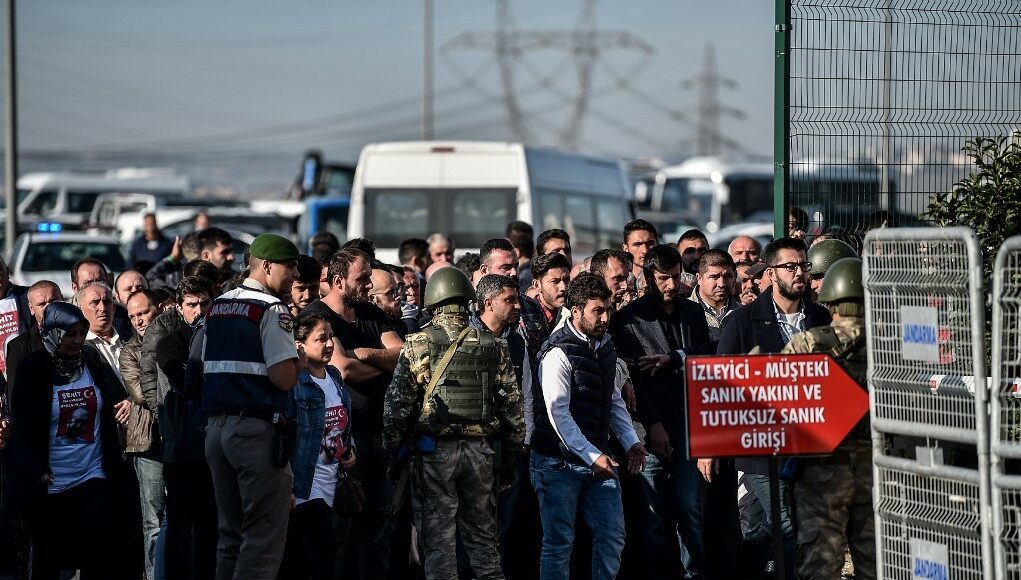 Turkish courts have handed down sentences to 4,890 defendants in 288 trials related to a coup attempt in Turkey on July 15, 2016, according to the state-run Anadolu news agency report on Tuesday.

A total of 289 cases have been launched against coup suspects, Anadolu said, adding that 288 of the trials have been concluded.

Out of the 4,890 defendants who were sentenced to prison, 1,634 were given aggravated life and 1,366 received life sentences, while 1,890 people were handed down prison sentences of varying lengths.

Two hundred fifty-one of the cases have been appealed with Turkey’s Supreme Court of Appeals. The court upheld 79 decisions rendered by courts of first instance while overturning 41. One hundred thirty-one verdicts are still under review, Anadolu said.

According to the news agency, chief public prosecutors have so far launched over 100,000 investigations related to the July 15 attempted coup, which killed 249 people.

The Turkish government accuses the Gülen movement, a worldwide civic initiative inspired by the ideas and the activism of Muslim cleric Fethullah Gülen, of masterminding the attempted coup in addition to labeling the faith-based group as a terrorist organization.

Although both Gülen and the members of his group strongly deny any involvement in the abortive putsch or any terrorist activities, President Recep Tayyip Erdoğan’s Justice and Development Party (AKP) government has jailed some 96,000 people while investigating 622,646 over alleged links to the movement as part of a massive purge launched under the pretext of an anti-coup fight, according to official data.

The president has been targeting followers of the Gülen movement since the corruption investigations of December 17-25, 2013, which implicated then-Prime Minister Erdoğan, his family members and his inner circle. He intensified the crackdown on the movement following the abortive putsch.