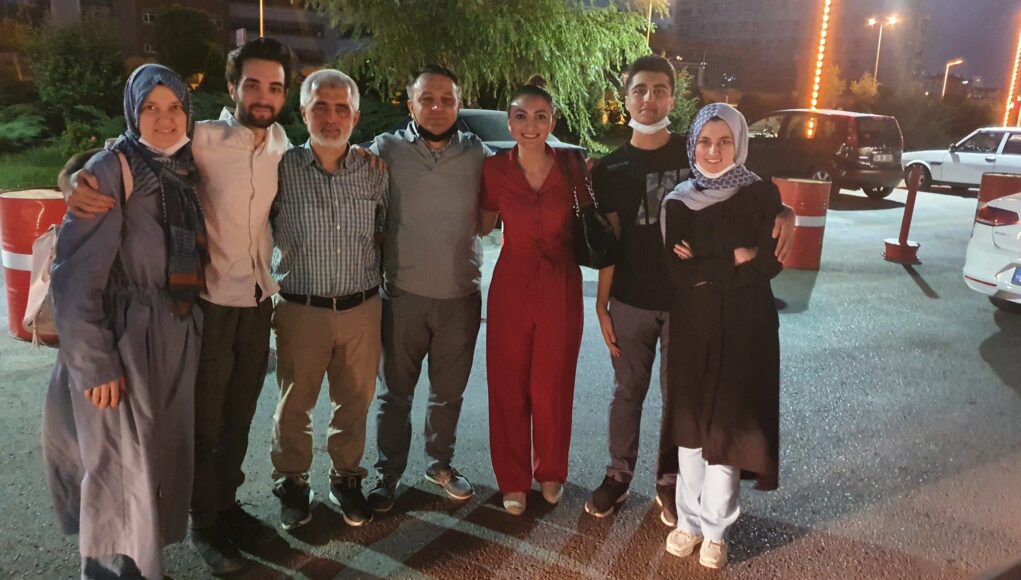 Ömer Faruk Gergerlioğlu, a human rights advocate and former Peoples’ Democratic Party (HDP) deputy who has been behind bars since April 2, has been released from prison following a decision by Turkey’s Constitutional Court, which ruled that Gergerlioğlu’s right to stand for election and engage in political activities as well as his right to liberty and security were violated through his imprisonment.

The top court sent a notice to the Kocaeli High Criminal Court, which had ordered Gergerlioğlu’s arrest, to start the official paperwork for his release.

Following the top court’s ruling, the Kocaeli High Criminal Court ordered the termination of the execution of Gergerlioğlu’s prison sentence. The court sent the order to the prison administration, which proceeded to release Gergerlioğlu.
On Monday Salih Gergerlioğlu, the son of the former deputy, was detained with four others while demanding the release of the rights advocate from prison in line with the top court ruling.

Despite the court’s ruling, which required Gergerlioğlu’s immediate release from prison, the former deputy had not been released, prompting his son, Salih, and some HDP officials and rights activists to launch a “justice watch” in front of Sincan Prison in Ankara on Monday where Gergerlioğlu was jailed.

The police allegedly used force to disperse participants of the justice watch in front of Sincan Prison.

The detention of Gergerlioğlu’s son while demanding the release of his father attracted widespread criticism.

The HDP made a statement on Twitter, saying: “An attack has been staged as we were about to make a statement in front of Sincan Prison for our deputy Ömer Faruk Gergerlioğlu, who has not been released from prison despite a Constitutional Court ruling. Four people including Salih Gergerlioğlu and journalists have been detained. Attacks cannot stop our struggle.”

Gergerlioğlu was stripped of his status in parliament on March 17 after conviction of disseminating “terrorist propaganda” in a 2016 social media post, where he commented on a story that reported on outlawed Kurdish militants calling on the Turkish state to take a step towards peace.

A two-and-a-half-year jail sentence handed down to him on Feb. 21, 2018 was upheld by the Supreme Court of Appeals on Feb. 19, 2021, and the 55-year-old politician, who has shone a light on controversial topics including torture and prison strip-searches in Turkey’s prisons and detention centers, was taken into custody at his home on April 2 and sent to prison.

Gergerlioğlu was attacked by Justice and Development Party (AKP) lawmakers in December after he brought widespread claims of strip-searches and harassment in prisons and detention centers to the floor of parliament.

The revocation of Gergerlioğlu’s status reduced the HDP’s seats in the 600-member assembly to 55. The parliamentary status of two other HDP lawmakers was removed last year due to convictions against them.

The AKP government accuses the HDP of having links to the outlawed Kurdistan Workers’ Party (PKK), listed as a terrorist organization by Turkey, the US and the EU. The party denies the government’s claim and says it is working to achieve a peaceful solution to Turkey’s Kurdish problem. Hundreds of HDP politicians, including the party’s former co-chairs, are behind bars on terrorism charges.