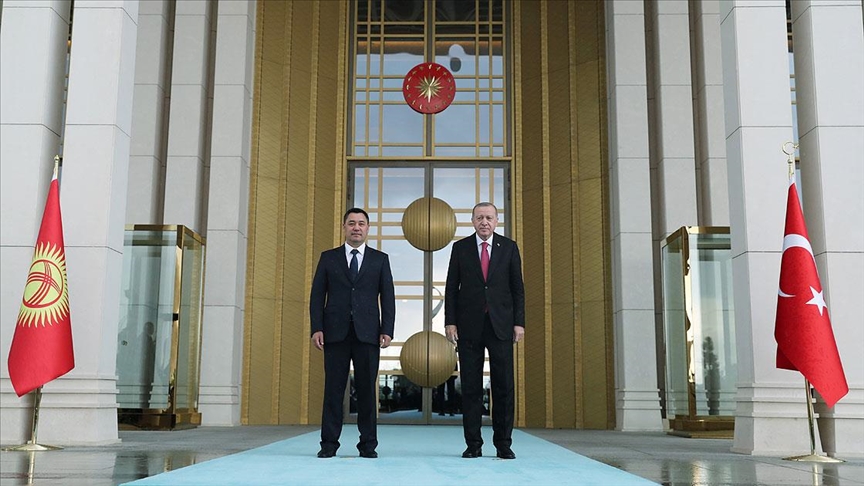 Turkish President Recep Tayyip Erdoğan on Wednesday received his Kyrgyz counterpart, Sadyr Japarov, with an official ceremony in Ankara amid ongoing protests in Kyrgyzstan about the alleged abduction of a Turkish-Kyrgyz educator by Turkey’s intelligence service.

Japarov’s visit comes at a time of outrage in his country over the alleged abduction of Orhan İnandı, the founder and president of the Turkish-Kyrgyz Sapat school network operating in Kyrgyzstan, who went missing in Bishkek on the evening of May 31 and is feared to have been abducted by Turkey’s National Intelligence Organization (MİT) due to his alleged links to the Gülen movement.

It was not clear whether the two leaders would talk about İnandı during their meeting at Erdoğan’s presidential palace. Japarov ordered the State Committee for National Security and the Ministry of Internal Affairs to conduct an extensive search to locate İnandı, according to a statement on the presidency website on June 1.

Kyrgyz have been protesting since the suspicious disappearance of İnandı in the hope of finding the missing educator. The protests mostly take place in front of the Turkish Embassy building where İnandı is believed to be held and the parliament and presidential buildings in Bishkek. Some protestors direct criticism at the Kyrgyz authorities for not carrying out an effective investigation to locate İnandı.

In the meantime, Cem Özdemir, a German politician of Turkish descent from Alliance 90/The Greens expressed outrage on Twitter on Wednesday over the alleged abduction of İnandı by Turkey, saying his deportation to Turkey must be stopped using all diplomatic means.

#Erdogan doesn‘t care about national borders when it comes to abducting his critics. #OrhanInandi is held at the Turkish embassy in Bishkek. His deportation to Turkey must be prevented with all diplomatic means!