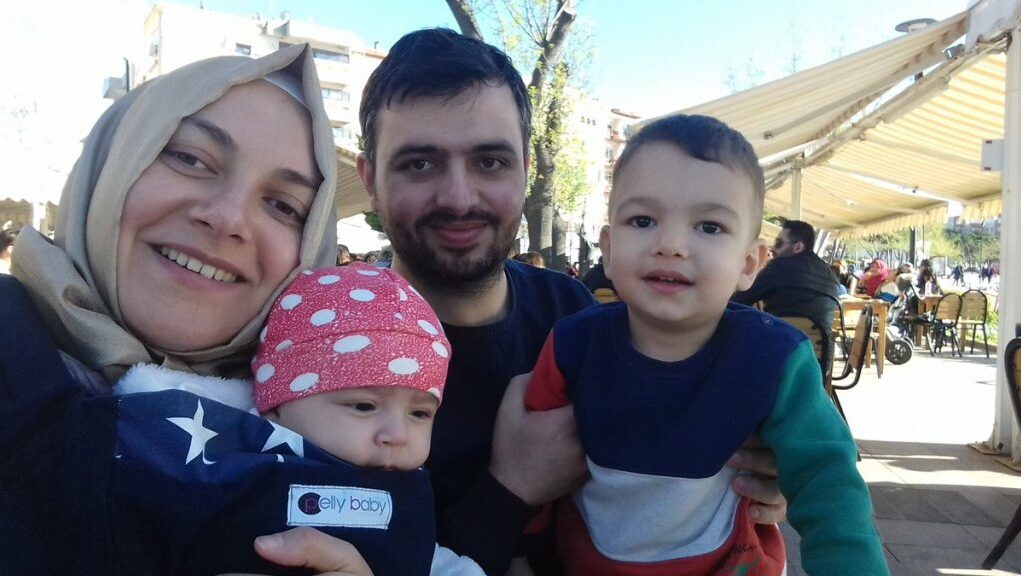 Gülfem Yeni, whose husband and two children died two years ago in the Aegean Sea while fleeing oppression in Turkey, was detained on Friday during a crackdown on the Gülen movement, the Stockholm Center for Freedom reported.

According to Bold Medya, Yeni was asked where her husband and children were during an interrogation, which led to her suffering an emotional breakdown. During the search of her home in western Çanakkale province, Yeni screamed and cried for the authorities to stop harassing her.

Yeni was one of 84 people who were detained by the police in operations across 14 provinces for allegedly spreading the coronavirus, providing financial support to the families of people who are behind bars on alleged Gülen links and suspicious communication with each other on the Internet and through online games. The detentions took place as part of an investigation overseen by the Çanakkale Chief Public Prosecutor’s Office.

Yeni, her 8-month-old daughter Nurbanu, 2-year-old son Burhan and husband Gökhan, 31, were on their way to the Greek island of Lesbos when their boat capsized in the middle of the sea.

Seven people among the 16 on board died, and the survivors were brought back to Turkey by the coast guard.

After the incident, the remains of Yeni’s family members were brought to a morgue in northwestern Bursa province. Mayor Alinur Aktaş did not allow the use of a hearse during the transportation of the bodies for burial.

Yeni was charged with links to the movement after the death of her family. She was sentenced to six years, 10 months in prison due to witness testimony and for using ByLock, an encrypted messaging app used on smartphones and was available on Apple’s App Store and Google Play. Turkish authorities claim that ByLock was a communication tool exclusively used by members of the Gülen movement, a faith based group inspired by Turkish cleric Fethullah Gülen, to ensure the privacy of their conversations.

A total of 15,834 Turkish nationals sought international protection in EU member states, Norway and Switzerland in 2020, according to an analysis released by the European Asylum Support Office (EASO).