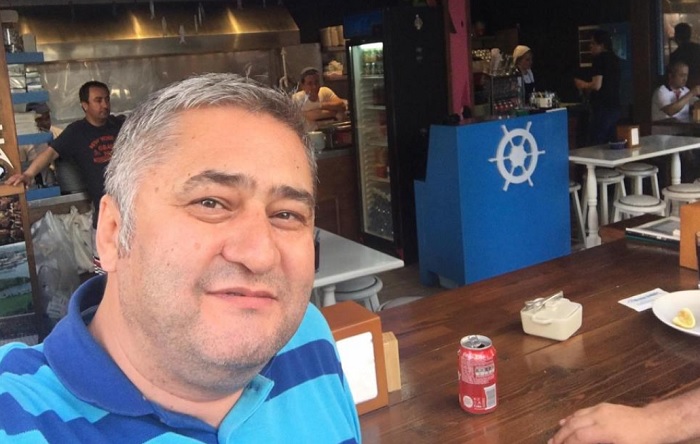 Evidence of criminal neglect is emerging as reports claim that jailed academic Halil Şimşek, who died in western Çanakkale Prison after contracting COVID-19, had appealed to a judge for his release, citing multiple health problems.

According to a report by the Stockholm Center for Freedom citing Bold Medya news website, Şimşek, 53, told a judge he was suffering from respiratory disease and had been previously treated for tuberculosis. Şimşek also told the judge he had lost 35 kilograms over a short period of time in prison and that he needed proper healthcare.

Şimşek had a history of heart arrhythmia and suffered an attack-like episode in prison. “I was immediately taken to the hospital and was referred to a specialist,” he told the court. “But I was unable to follow through with my appointment because I had this court proceeding. I would like to be released pending trial so I can get proper treatment.”

Şimşek’s requests were not taken into consideration by the court or prison administration.

Şimşek was summarily dismissed from his job at Çanakkale 18 Mart University and arrested after a coup attempt in Turkey in July 2016. He was sentenced to eight years, nine months in prison for links to the Gülen movement and would have been eligible for parole in August had he not passed away.

Dismissing the investigations as a Gülenist coup and conspiracy against his government, Erdoğan designated the movement as a terrorist organization and began to target its members. Erdoğan intensified the crackdown on the movement following the coup attempt that he accused Gülen of masterminding. Gülen and the movement strongly deny involvement in the abortive putsch or any terrorist activity.

Sedat Laçiner, the former rector of the same university, had also been hospitalized after contracting COVID-19 in Çanakkale Prison. Similar to Şimşek, Laçiner was jailed as part of a political crackdown on dissent in the wake of the abortive putsch.

Cases of COVID-19 in Turkish prisons have increased in the past months. Only last month nearly 30 men in the same ward were infected in Sakarya Ferizli Prison, and two were in critical condition.

The rapidly spreading disease has presented greater concerns in Turkey’s prisons, which were already notorious for human rights abuses, overcrowding and unsanitary conditions before the pandemic. The death of those political prisoners revealed once again how the Turkish government puts their health in immediate danger.

Last week Şeref Vatansever, 47, a former computer science teacher dismissed from his job during a post-coup purge in Turkey, died of COVID-19 in Kocaeli Prison. Mehmet Şükrü Eken (53), a former brigadier general who was jailed on coup charges, died on April 19 due to COVID-19.

The purge of thousands of dissidents in the aftermath of the coup attempt in July 2016 has filled Turkey’s prisons, which today are overcrowded with tens of thousands of political prisoners.