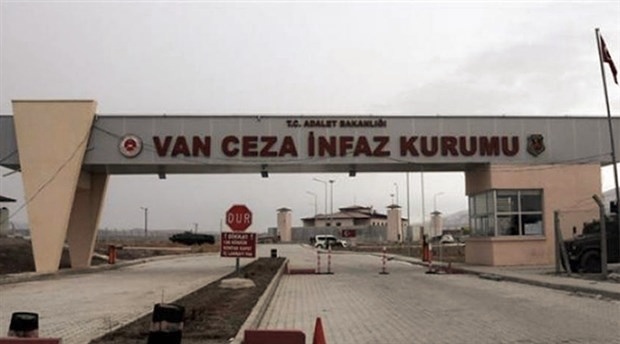 Political prisoners who are eligible for parole are arbitrarily denied release in southeastern Van Prison, the Stockholm Center for Freedom reported, citing the Association of Lawyers for Freedom (ÖHD).

Inmates were asked personal questions about their political ideologies, the Mezopotamya news agency (MA) reported. These questions concerned whether they would continue working for the pro-Kurdish Peoples’ Democratic Party (HDP) after their release, or whether they thought the HDP was linked to terrorist organizations.

Prisoners were also required to disclose their political beliefs and repent for their “crimes.” According to lawyers, this contravenes the Turkish Constitution.

If political prisoners do not answer these questions according to prison administrations’ expectations, they are denied release on grounds of “poor conduct.”

According to Gülüm many political prisoners protest rights violations that take place in prisons, which results in “poor conduct” reports. “These decisions are extremely arbitrary and lead to violations of prisoners’ rights,” she said. “Political prisoners are made to profess remorse and are prevented from taking part in events organized by other inmates to receive good behavior reports.”

Lawyer Ekin Yeter, from the ÖHD, says such practices are against human rights and the Turkish Constitution. “Prison administrations have been given more authority over inmates than courts,” he said. “The judge overseeing the execution of sentences decides if the inmate can be released based on reports prepared by prisons. This authority has been used arbitrarily by prisons against political prisoners.”

Yeter said prison authorities were acting like courts and further punishing inmates, which was unacceptable.

Many political prisoners and especially journalists are still awaiting parole despite having served the required amount of time in prison .

In some cases, inmates are not released because their prison sentences have not yet been upheld by the Supreme Court of Appeals. However, even though some political prisoners signed waivers saying they accepted the lower court’s verdict and did not want to wait for a decision on the appeal, they were not granted parole.

In a statement last year Amnesty International called for Turkish authorities to release prisoners who are eligible for parole, especially during the COVID-19 pandemic.