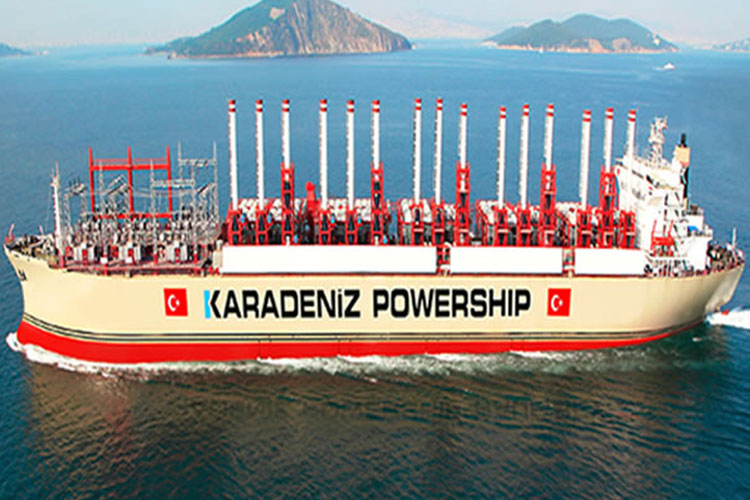 A record 218 billion rand ($15 billion) energy contract between Karadeniz Holding, a Turkish energy company that owns and operates land-based power plants and Powerships through its Karpowership subsidiary, with South Africa, under the country’s emergency electricity procurement program to prevent periodic blackouts, has increasingly drawn criticism from the main opposition Democratic Alliance, local media and civil society organizations in the country. The major deal has the potential to negatively affect the South African economy as well as to alter the existing power balance within the ruling African National Congress (ANC).

In a series of investigative reports, South Africa’s popular online news website Daily Maverick detailed how the contract awarded to Karpowership, the mobile power station which employs ships that produce electricity using liquefied natural gas, is more controversial than previous corruption scandals including an arms deal as well as a contract with Japanese construction company Hitachi.

South Africa’s purchase of defense equipment from Europe that was announced in November 1998 was estimated to be around $4.8 billion (R30 billion in 1999 rand), and according to British and German investigators over 1 billion rand was paid to secure the deal.

Maverik’s article “SA energy mafia? Accusations against Gwede Mantashe are serious and could hurt entire South Africa,” published on May 2, highlighted how South African Mineral Resources and Energy Minister Gwede Mantashe and his wife Nolwandle’s involvement in the tender in favor of the Turkish firm may result in grave consequences for South Africa’s persistent energy crises if the deal delays “energy transition” as the country attempts to move away from heavy reliance on coal toward renewable energy sources.

“While there is already a complicated nexus of interests in the power production space, there is now a risk that this court action against the Department of Mineral Resources and Energy could seriously delay the provision of the generation capacity that Eskom (and South Africa) sorely need,” the article warned.

The news report mentioned that DNG Power Holdings, the company that had hoped to win Eskom’s emergency procurement tender, officially known as the Risk Mitigation Independent Power Producer Procurement Program (RMIPPPP), claimed that initially DNG was offered a majority share of the 2,000-megawatt program, instead of Turkish-led Karpowership SA. The article warns that the court battle between the South African Energy Ministry and DNG may further delay South Africa’s solution to the energy crises as DNG filed urgent papers with the Pretoria High Court this week in the hope of challenging the bid outcome. DNG Power Holdings’ founder and chief executive Aldworth Mbalati made a serious allegation regarding the deal in his affidavit.

“Throughout the bidding process certain of the Fifth to the Tenth Respondents were (wrongfully and unlawfully) granted various exemptions in respect of material requirements of the RFP [request for proposal], which exemptions came at the expense of the common good of the South African population. …” Mbalati said in court papers that his company was unlawfully disqualified from the tender.

Karpowership SA denied all wrongdoing, stating that they were neither connected to any bid to influence the final decision nor involved in any form of bribery or corruption, Maverick said.

South Africa is one of the biggest coal producers in the world and largely dependent on coal power stations for its electricity. However, renewable energy groups have been lobbying hard to influence the ministry to look to solar power production as well as wind power generation instead of coal. Together with nuclear lobbyists, Karpowership’s contract may delay attempts at the transformation into renewable sources of energy.

Karpowership was given an exemption from mandatory environmental impact assessment (EIA) procedures by the Department of Forestry, Fisheries and the Environment, but the Section 30A exemption from the National Environment Management Act was, however, revoked by the department following pressure from environmental groups, South Africa’s Moneyweb reported. Minister Mantashe announced Kapowership in March as one of eight preferred bidders as the Turkish company’s winning bid represents the lion’s share of the 1,995 megawatts (MW) of power as Karpowership SA is set to supply up to 1,220 MW of power using liquefied natural gas from South Africa’s Ngquara, Richards Bay and Saldanha ports with its five floating power stations.

A letter from 15 civil society organizations, including the Centre for Environmental Rights and shareholder activists JustShare, read out at the beginning of the meeting, stated that public hearings should investigate how a foreign-based company was able to circumvent local content rules and how its application process was not subject to the public participation process, Moneyweb said.

Lawyer George Mokoena, an advisor to former State Security Ministers David Mahlobo and Bongani Bongo, is a major shareholder in the emergency power deal, which could cost South Africa R218 billion over 20 years.

Mokoena holds a 20 percent share in Power Group SA, the Black Economic Empowerment partner to Turkish power ship company Karadeniz. The two companies have formed a consortium called Karpowership SA, which won the lion’s share of short-term emergency power contracts to stave off the impact of Eskom’s load shedding as the country has been suffering from total blackout.

Department of Mineral Resources and Energy (DMRE) Director General Jacob Mbhele defended the 20-year deal with the justification that the Turkish firm keeps the price low in this long-term contract with South Africa’s energy utility Eskom.

The South African Parliament Portfolio Committee on Mineral Resources and Energy has voted against main opposition Democratic Alliance MP Kevin Mileham’s proposal to launch an investigation into Eskom’s deal with Karpowership, and this is how the Turkish firm will remain in South Africa for 20 years.