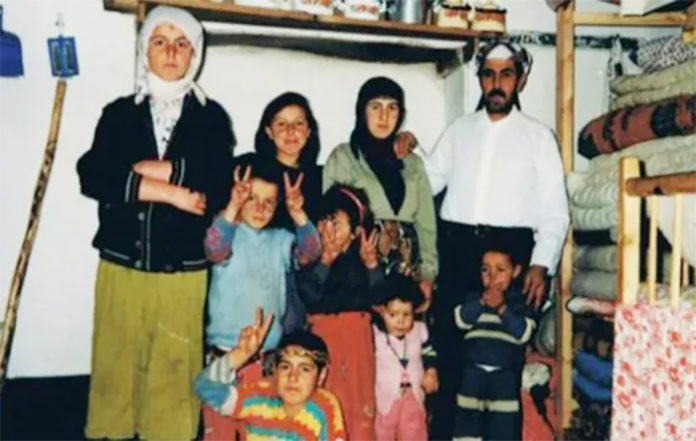 Bülent Karaoğlu, a former gendarmerie officer, was responsible for the burning down of the southeastern Turkish village of Altınova (Vartinis) in 1993, which caused the death of nine people, including seven children, the first chamber of Turkey’s Supreme Court of Appeals has said, the Stockholm Center for Freedom reported, citing Kısa Dalga news website.

The court approved the acquittal of three other officers who were tried in the same case. Karaoğlu, a captain at the time, will be retried at the Kırıkkale High Criminal Court if the court agrees with the supreme court’s decision. If not, the case will be brought to the Assembly of Criminal Chambers of the Supreme Court of Appeals.

At the time of the incident Karaoğlu was the commander of gendarmerie forces in the Hasköy district of the southeastern city of Muş. On October 2, 1993 a noncommissioned officer (NCO) was killed during clashes between Turkish security forces and Kurdistan Workers’ Party (PKK) militants. Officers claimed that the villagers in the area were responsible for hiding the militants.

The PKK has been leading an insurgency against Turkey’s security forces since the ’80s in a campaign that has claimed the lives of some 40,000 people. The group is listed as a terrorist organization by Turkey, the European Union and the US.

On their way to pick up the body of the dead officer, gendarmes passed through the village of Altınova. They fired rounds into the air and said, “We will burn down your village tonight.” The village was set on fire at around 3:00 a.m. The villagers thought they were being attacked by the PKK; yet, they soon saw soldiers preventing them from trying to put out the fire.

Most of the villagers were able to leave their houses, but two adults and seven children from the Öğüt family were unable to escape and died in the blaze. The only survivor of the family was Aysel Öğüt, who was at a sleepover at a neighbor’s house. Some claimed that the door was locked by the soldiers that night.

In its decision the court said according to witness testimony Karaoğlu was present during the military operation as the commanding officer. “Taking into consideration what he said after the killing of the NCO, the fire was started based on the orders of the defendant,” the court added.

Karaoğlu will be tried for solicitation to commit murder.

Aysel Öğüt took the case to court after the incident, but the public prosecutor’s office found no grounds for trial, claiming that the attack was perpetrated by terrorists and that the actual perpetrators were not known.

Öğüt once again took the case to court in 2003, during a time when Turkey was undergoing sweeping human rights reforms. The public prosecutor’s office referred the case to a military prosecutor in the province of Elazığ because the alleged perpetrators were on active duty, but the case was stalled.

In 2011, following another series of judicial reforms, Aysel Öğüt once again went to court. This time four officers including Karaoğlu were tried at a high criminal court and were acquitted of charges. The case has been before the Supreme Court of Appeals since 2016.

Due to the statute of limitations the trial needs to be concluded before October 2023, or it will be dismissed. Speaking to Kısa Dalga, Muş Bar Association President Kadir Karaçelik said they are concerned that the trial will not finish before that date given that the appeal alone took five years. “By holding this case for five years, the Supreme Court of Appeals has once again rewarded the defendants,” Karaçelik added.