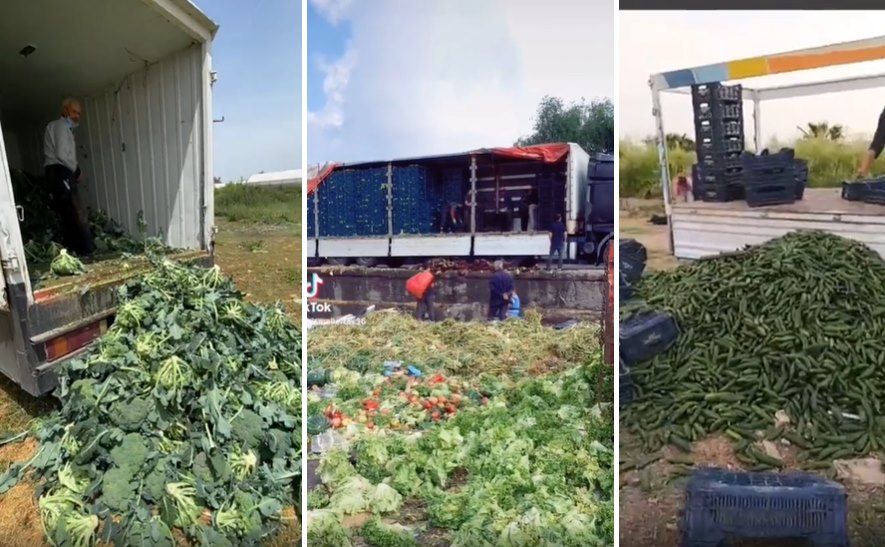 Turkish President Recep Tayyip Erdoğan’s Justice and Development Party (AKP) government has been accused of unsuccessfully managing the latest coronavirus lockdown, the strictest set of measures Turkey has seen yet, which has failed to reduce daily COVID-19 deaths in its first week, facing allegations of financial problems, arbitrary bans and double standards.

Following the new lockdown measures, which were imposed on April 29 after Turkey saw COVID-19 infections averaging around 60,000 a day during the peak week of April, the country’s daily cases dropped to some 25,000 this week, while the daily number of deaths, which has been over 300 since April 18, has shown no decline.

The lockdown expected to last until May 17 prohibits people from leaving their homes except to shop for groceries or meet other essential needs, sees all non-essential businesses closed in addition to restricting travel between regions and closing supermarkets on Sundays for the first time.

One of the main sources of concern since Erdoğan on April 26 announced the full lockdown has been the lack of a stimulus package by the government to cushion the measures’ economic effects, especially on small business owners and an estimated 2 to 3 million living on daily wages.

According to a report by the Birgün daily on Wednesday, many farmers in southern Antalya province had to throw away tons of newly harvested produce since farmers markets were closed during the nearly three-week lockdown.

Only after farmers threw away tons of produce did the government announce on Tuesday that farmers markets will be open on Saturdays, between 10 a.m. and 5 p.m. like the supermarkets, during the lockdown. The country’s small business owners still fear for their survival.

The government also drew the ire of secular Turks by banning the sale of alcoholic beverages in stores during the lockdown, which covers the holy Muslim month of Ramadan as well as the three-day Eid al-Fitr holiday.

Erdoğan has been accused of trying to force his Islamic values on the nation by way of a ban that has little to do with the spread of COVID-19, while many liquor stores and some major supermarket chains continued selling alcoholic beverages, citing the lack of a proper legal framework for the ban.

The restriction also raised concerns that it might trigger an increase in black-marketeering and the consumption of bootleg alcohol.

Citizens also criticized the government for the double standard that allows tourists to wander around freely while Turks have to stay in their houses during the country’s longest lockdown yet.

According to a report on Tuesday released by the İstanbul Medical Chamber (İTO), as of May 15, Turkey will no longer ask tourists from 16 countries, including China, Japan, Israel, Ukraine and the UK, to show negative PCR test results when entering the country.

The efficacy of the lockdown was also questioned by critics as millions of people still hit the streets every day since the government granted exemptions to many businesses and industries in an attempt to avoid shutting down the country’s economy completely.

The Confederation of Progressive Trade Unions of Turkey (DİSK) estimated that some 16 million workers enjoy freedom of movement during the lockdown as health care, supply chain and logistics companies, lawmakers, health care workers and law enforcement officers in addition to factories and agricultural enterprises are exempt from the stay-at-home order.

Many people left large cities such as İstanbul, Turkey’s most heavily populated metropolis, and the capital Ankara to spend the shutdown at vacation homes on the coast. Bus terminals and airports were packed with travelers, while vehicles were backed up at the entrance to the Aegean coastal resort of Bodrum, local media reported last week.

The İTO report also said large numbers of people who left town before the lockdown carried the infection from large cities to others across the country.

Erdoğan’s government previously came under heavy criticism for holding mass indoor conventions across the country in defiance of social distancing rules. Opposition parties have blamed the AKP for the surge in cases earlier this year.