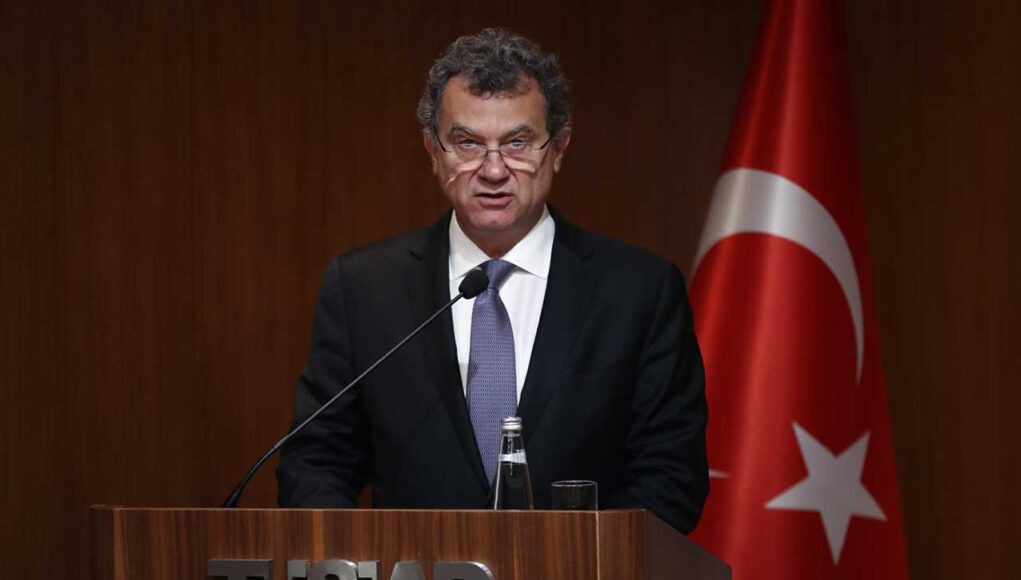 Turkey’s top industrialists have underlined the importance of institutional stability, in addition to political stability, as a prerequisite for economic development in Turkey, where President Recep Tayyip Erdoğan frequently resorts to shake-ups at key government institutions, including the country’s monetary authority.

Simone Kaslowski, a Turkish businessman of Italian origin and president of the Turkish Industrialists and Businessmen’s Association (TÜSİAD), on Tuesday noted during an ordinary general meeting that the government had replaced the head of the Turkish Statistical Institute (TurkStat) four times and the central bank governor three times in the last two-and-a-half years.

“A prerequisite for economic development is stability; not only political but also institutional. … In democratic states of law, appointment and removal of those who serve in the public sector is and should be managed by the executive power. If [principles of] transparency and accountability are considered [by the government] when ordering these reassignments, the market economy will function better,” Kaslowski added.

“[Increasing] unemployment threatens our society’s today and tomorrow. … Our reserves are running low. In a time like this, our government tried to send a positive message to the markets through an economy package. We respond positively to that,” Kaslowski stated, referring to an economic reform plan Erdoğan unveiled earlier in March.

“The steps planned to be taken [as part of the package] must be materialized and shared with the public,” Kaslowski underlined, adding that accountability should be regarded as “a must” in this reform process in order for it to not fail like the other economy plans unveiled in the last three years.

If measures are not taken against them soon, the gradual increase in food price inflation and the unemployment rate in the country will greatly harm our society, he warned.

Tuncay Özilhan, the head of TÜSİAD’s advisory council, also criticized the unpredictability regarding the institutional structures of Turkey, saying they were all trying to understand the unexpected developments that had come one after the other in recent months.

“How can we make a decision in situations where there are dust and smoke and the boundaries of authority and responsibilities are blurred? If we don’t have an answer about where we are going, how can we make plans? How can we know what will happen tomorrow without the assumption that institutional structures will work as predicted? If the rules that have been announced can change tomorrow, how can we make decisions for tomorrow?” Özilhan asked.

There are important parallels today with the mid 1970s, he said, explaining that the problems of internal and external outbreaks, the current account deficit and financing continue as they did back in the 1970s.

“The economic difficulties caused by the pandemic essentially add to existing structural difficulties. There’s instability on the one side of the road, and economic contraction, unemployment and financial difficulties are on the other, and as a country, we are all in the same boat,” Özilhan emphasized.

A report by the opposition SOL (Left) Party released earlier in March showed that 728,000 people have become unemployed in Turkey in the last year.