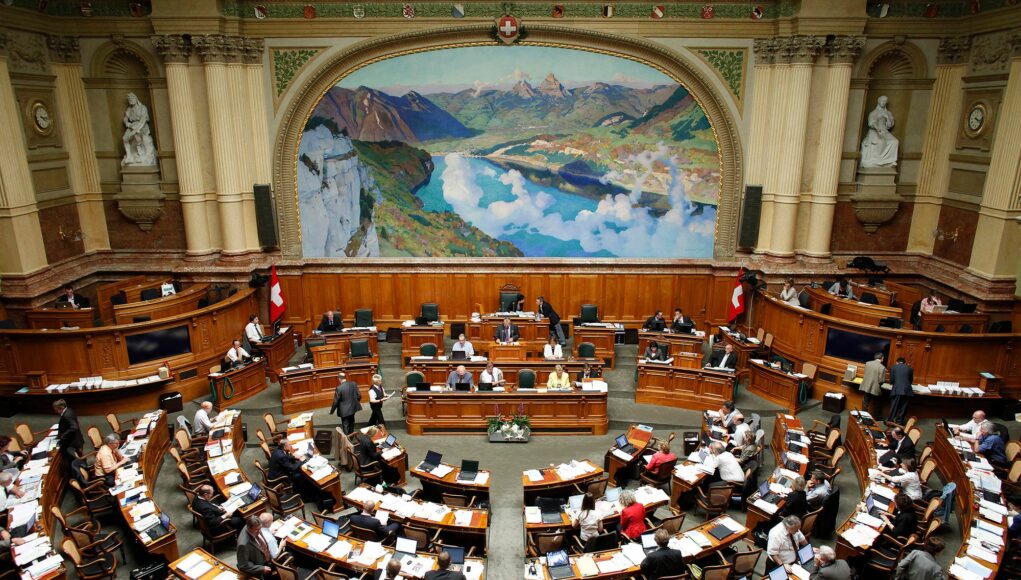 Lawmakers from both chambers of the Swiss parliament have signed a letter calling on the country’s government to postpone the ratification of a trade deal between Switzerland and Turkey, citing the authoritarian course Ankara had embarked on and Turkish aggression on multiple fronts in the international arena.

“The confederation is committed to promoting respect for human rights; it plays a fundamental role in this regard throughout the world, a duty to which it has been committed since the beginning of the 20th century. We share these values, which is why we are writing to you about the situation in Turkey, asking you to put pressure on the Turkish government for violating human rights,” the letter signed by 31 Swiss parliamentarians said.

Reminding that Turkish President Recep Tayyip Erdoğan “has led the country down an increasingly authoritarian path,” the lawmakers went on to enumerate Erdoğan’s moves to grab power, saying, “He has systematically marginalized the various forms of opposition in the country, silenced or co-opted critical media, dismissed independent judges and replaced them with party loyalists, and imprisoned many journalists and other activists.”

Citing a 2020 Freedom House report ranking Turkey as an “unfree” country and a 2019 US State Department report that points to vague anti-terror legislation enabling Ankara to curtail basic freedoms, the lawmakers went on to criticize Turkey’s foreign policy.

“President Erdogan’s foreign policy has also become more belligerent over time. In recent years, he has attacked the Kurds who are fighting the jihadist Islamic State in Syria and is pursuing military interventions in northern Iraq, in complete violation of the sovereignty of the country’s authorities,” the parliamentarians said and underlined Erdoğan’s role in encouraging Azerbaijan to resort to violence to settle a dispute over the Nagorno-Karabakh region.

“In the conflicts between Azerbaijan and Armenia and in Libya, the Turkish state has recruited and sent mercenaries to these countries, in complete violation of international law,” the lawmakers added.

The lawmakers also referred to Erdoğan’s attempts to pressure Switzerland and other country’s to hand over certain Turkish nationals, namely people he accuses of being the perpetrators of an abortive putsch in 2016.

Turkey has requested the extradition of 807 members of the Gülen movement, which is accused of orchestrating a failed coup in 2016, from 105 countries, more than half from the United States and Europe. The Gülen movement strongly denies any involvement in the abortive putsch.

Most Western governments are skeptical about agreeing to Turkey’s demands — the United States has repeatedly rejected Turkey’s request to extradite the Gülen movement’s inspirer, Fethullah Gülen, a 79-year-old Islamic cleric, citing a lack of evidence of his involvement in the coup attempt.

“In this context, we believe that Switzerland has an essential role to play. We urge you to insist that President Erdogan and his administration immediately put an end to the repression of dissent at home and abroad, release political prisoners and prisoners of conscience and reverse the authoritarian course the country has embarked on,” the letter  said.

“It also seems useful to us that Switzerland remind Turkey of the commitments it has by ratifying the European Convention on Human Rights. Consequently, we, therefore, call on the Federal Council to postpone the ratification of the new free trade agreement between Switzerland and Turkey as long as Turkey does not implement the decisions of the European Court of Human Rights,” the lawmakers concluded.

Since the coup attempt in July 2016, the Turkish government has been stepping up pressure on dissidents, in particular Kurds and Gülen movement members. After the abortive putsch, Erdoğan launched a massive crackdown on non-loyalist citizens under the pretext of an anti-coup fight, which led to the prosecution of thousands of people on trumped-up terrorism or coup charges.