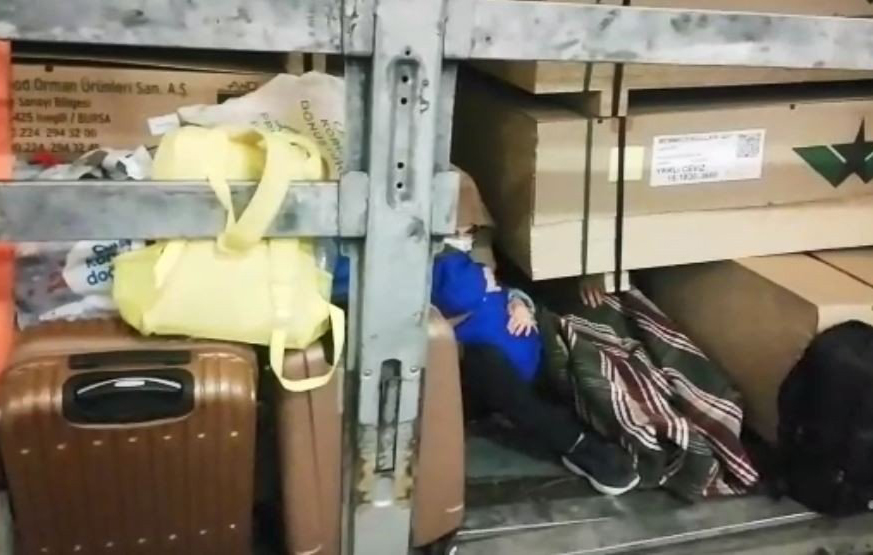 An academic couple who had been sentenced to prison over links to the faith-based Gülen movement have been caught by Turkish authorities in the back of a truck while attempting to flee to neighboring Georgia, local media reported on Monday.

The couple, identified only by the initials M.K.K. and Ş.R.K., was detained in the northeast of the country by Turkish police who caught them hiding in the back of a tractor-trailer along with their child during an attempt to illegally cross the border with Georgia, at Turkey’s Sarp border gate.

This new footage tells a lot about how the oppressive #Erdogan regime built a new Berlin wall all around #Turkey.

Turkish couple, used to work as doctors at the university hospital, holed up in a trailer bound for #Georgia but unsuccessful in their bid to cross over the border. pic.twitter.com/kEMxRiLjjO

According to the reports, the couple was sent to jail after police officers took their statements on Monday.

They were working at Hitit University in the central Turkish province of Çorum and were sentenced on conviction of terrorist organization membership for using a mobile phone application known as ByLock.

ByLock, once widely available online, has been considered by the Turkish government to be a tool of secret communication among supporters of the Gülen movement since a failed coup attempt in 2016 despite the lack of any evidence that ByLock messages were related to the abortive putsch.

The couple was among the thousands who were forced to flee the country to avoid prosecution as part of a Justice and Development Party (AKP) government crackdown on the Gülen movement that intensified in the aftermath of the coup attempt, which claimed the lives of 251 civilians on July 15, 2016.

President Recep Tayyip Erdoğan has been targeting followers of the movement since the corruption investigations of December 17-25, 2013, which implicated then-Prime Minister Erdoğan, his family members and inner circle.

Erdoğan and his ruling AKP designate the Gülen movement, a worldwide civic initiative inspired by the ideas and activism of Fethullah Gülen –- a US-based Muslim cleric –- as a terrorist organization and accuse its followers of orchestrating 2016 abortive putsch, despite their strong denial of any involvement in the coup attempt or any terrorist activity.

The mass arrests of alleged and real Gülen movement followers were highlighted in the latest report by the New York-based Human Rights Watch (HRW), which said they were based on bogus terrorism charges.

“Alongside prominent figures held for years in arbitrary detention are thousands of people also held on bogus terrorism charges for alleged links with the Fethullah Gülen movement, which Turkey deems a terrorist organization,” HRW said in its World Report 2021.