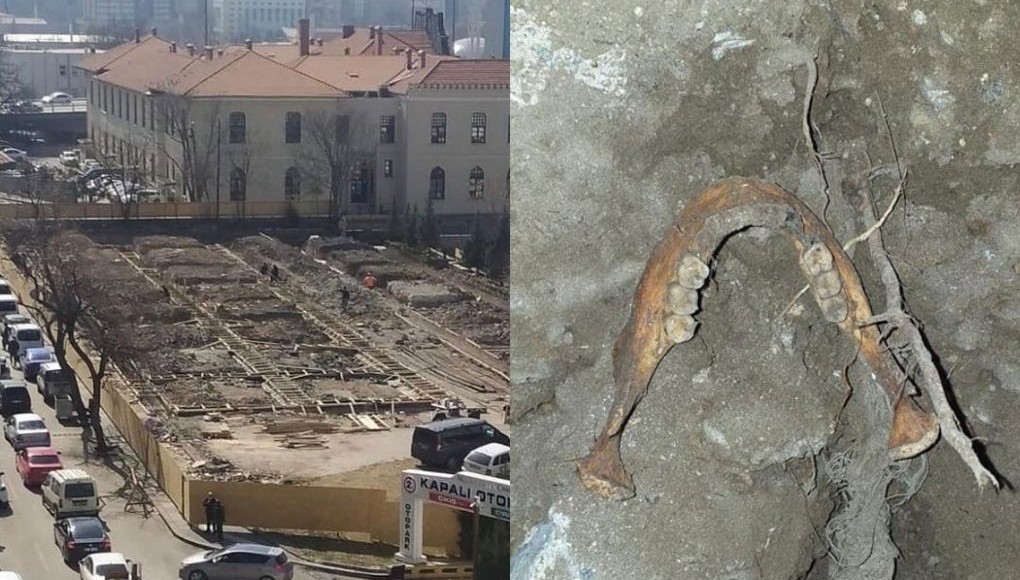 An Armenian cemetery was destroyed during construction in Ankara’s Ulus district as part of a gentrification project, the Stockholm Center for Freedom reported, citing the Turkish-Armenian bilingual Agos weekly.

The human remains that were found at the site were sent to a museum for analysis, but according to an association founded by shopkeepers who oppose the project the construction is still continuing.

Speaking to local media, president of the Ankara branch of the Chamber of Architects of Turkey Tezcan Karakuş Candan said the site is designated as an Armenian cemetery in historical sources.

“To continue construction on the site despite knowing this is disrespectful to the multicultural heritage of Anatolia,” Candan said. “Pouring concrete on top of graves and building stores on them is cruel.”

The chamber filed petitions with the Ministry of Culture and Tourism, the Ministry of Environment and Urbanization and the Ankara Metropolitan Municipality requesting that the construction be halted.

Concerns about the preservation of Armenian cultural and religious sites in Turkey have recently been growing. On January 27 Agos reported that an Armenian church dating to 1603 in the western province of Kütahya that was on the Turkish Ministry of Culture and Tourism’s preservation list was demolished after it was acquired by a private party.

Only 10 days before that, Agos had reported that a 19th century Armenian church was put up for sale on a Turkish real estate website. In the ad the church, which is located in Bursa province, was described as “perfect for a touristic attraction because it is in a UNESCO protected area.”

The seller, whose name was not disclosed, also said the church was a good investment as it could be “used as a hotel, museum or art gallery.”