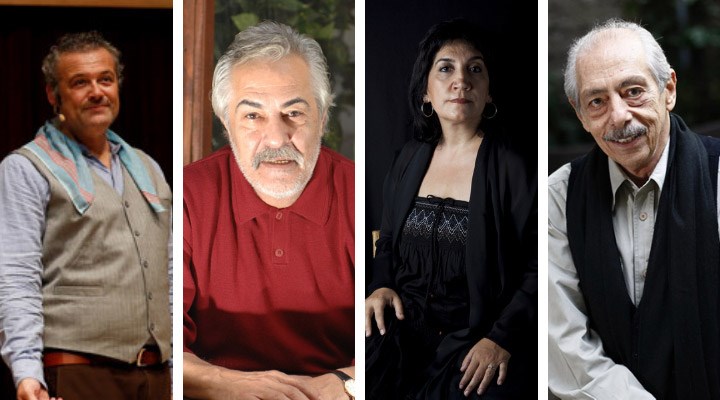 A total of 262 thespians have issued a joint statement in support of students and academics from İstanbul’s Boğaziçi University who have been protesting the appointment of a loyalist as rector by Turkish President Recep Tayyip Erdoğan at the beginning of this year.

Erdoğan appointed Melih Bulu, an unsuccessful candidate from his ruling Justice and Development Party (AKP) for parliament in 2015, as the university rector. The students and academics, who have been protesting for weeks, want Bulu’s resignation and the appointment of a rector from within the university following an election. Bulu’s appointment is feared to end academic freedoms and individual liberties at the university, which has long been seen as a bastion of liberal values.

The joint declaration, signed by famous actors including Genco Erkal, Rutkay Aziz, Füsun Demirel, Ezel Akay, Levent Üzümcü, Tilbe Saran and Caner Cindoruk, said they stand by the students and academics who are protesting the rector appointment and believe it is their right to protest such a move.

“Now they are on the stage, the stage of resistance, and we applaud them,” said the thespians.

Erdoğan has frequently referred to the students protesting the appointment of Bulu as Boğaziçi University rector as “terrorists.”

“Why would I meet with them? The students are not part of this [protest]. The people involved in it are terrorists,” Erdoğan said.

The Turkish president also unleashed a torrent of attacks against what he called “the LGBT youth” when the Boğaziçi protests began to rattle his 18-year rule.

The immediate cause of Erdoğan’s anger was a student artwork at Boğaziçi University depicting Islam’s holiest site in Mecca draped in the LGBT rainbow flag.

Hundreds of protestors have been detained across Turkey for participating in the youth-driven demonstrations for Boğaziçi that have echoes of protests in 2013, known as the Gezi Park protests, which erupted against plans to demolish a park in İstanbul’s Taksim neighborhood before spreading nationally and presenting a direct challenge to Erdoğan’s rule.