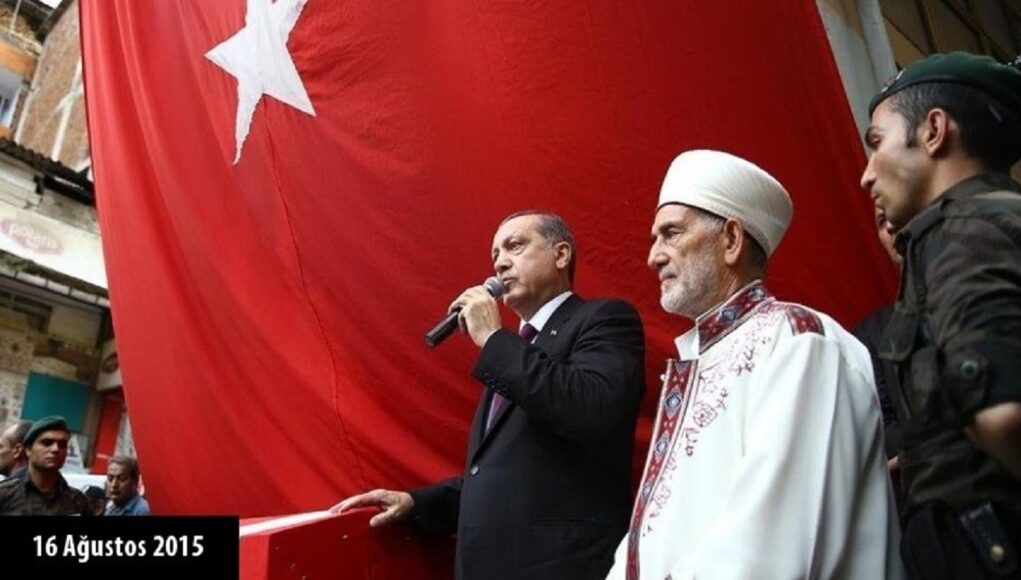 Erdoğan on Wednesday answered the opposition party leader who held the president responsible for the killing of 13 Turkish nationals, most of whom were security force members, at the hands of the outlawed Kurdistan Workers’ Party (PKK) during a recent military operation in northern Iraq.

“How shameless you are! How on earth can you hold me, who has been following the case of these martyrs for five years, six years, responsible for their deaths? You shameless man,” Erdoğan said at a meeting of his Justice and Development Party (AKP) in Ankara, directly targeting Kılıçdaroğlu.

The Presidential Communications Directorate, which published Erdoğan’s speech delivered on Wednesday on its official website, censored some of the president’s remarks that were regarded by the CHP as insults against the main opposition leader.

“Erdoğan thought it was ‘shameless’ of Kılıçdaroğlu to ask questions about the 13 Turks murdered by the PKK. The Communications Directorate, which is also responsible for the content of the Presidency website, however, omitted those remarks [of Erdoğan] when publishing his speech online. Apparently, they thought it would be inappropriate to keep those remarks,” Yetkin said.

Erdoğan further said on Wednesday that he sent his defense and interior ministers, Hulusi Akar and Süleyman Soylu, to Kılıçdaroğlu to inform him about the operation but that he apparently thought it was not worth the effort.

“Yes, Kılıçdaroğlu was in fact informed about how the 13 Turkish nationals lost their lives in northern Iraq. But what he really wanted to know was the reason why the government hadn’t done anything to rescue the 13 Turks who were held captive by the PKK since they had been abducted between 2015 and 2017,” Yetkin noted.

Following Erdoğan’s controversial remarks, Kılıçdaroğlu posted a video message on Twitter, saying that Erdoğan insulted him and went as far as to call him “shameless” because he had defended the slain hostages’ right to life. Kılıçdaroğlu added he would continue to demand an accounting from Erdoğan for the deaths of the 13 men.

The main opposition leader also filed a lawsuit against the president for his comments, seeking a symbolic 5 kuruş in damages, his lawyer announced from Twitter on Wednesday.

Minister Akar on Sunday announced that Turkish soldiers discovered 13 bodies in a cave in the Gara region of northern Iraq, where Ankara had launched an operation against the PKK on Feb. 10. Turkey accuses the PKK of executing the hostages, while the PKK claims they were killed in Turkish Armed Forces (TSK) airstrikes.