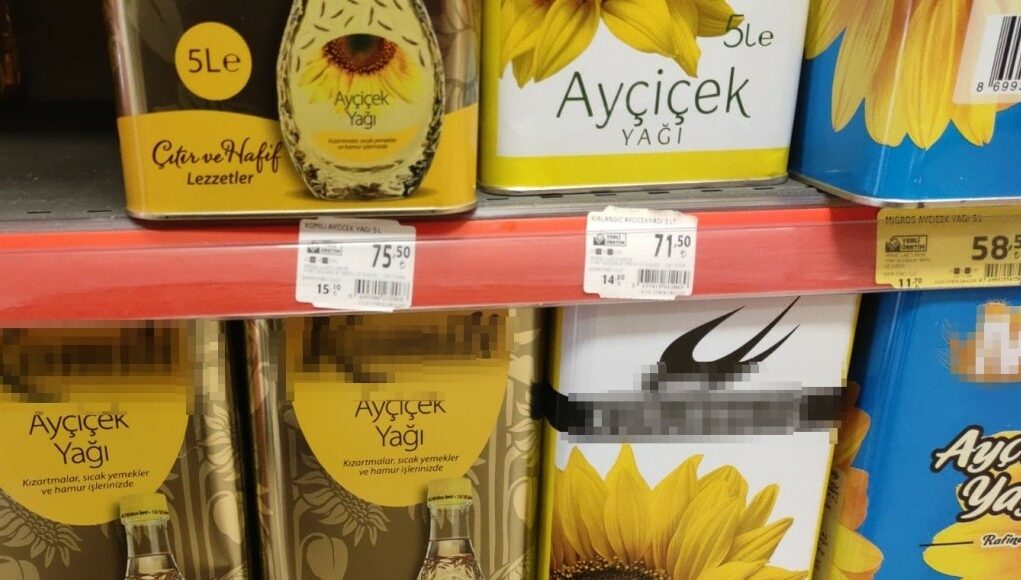 Sunflower seed oil, a regular item in most Turkish kitchens, has seen a price surge of 40 percent over the past few months. Food inflation is at the top of the agenda on Turkish social media. The government insists that inflation is caused not by economic mismanagement but by “greedy merchants.” Almost every day, the media publishes videos of police raids on food companies. But the video that has gone viral was one of a father ceremoniously welcomed to his home after buying five kilograms of sunflower seed oil.

The board was set up in April 2020 after a series of increases in food prices amid the first wave of the COVID-19 pandemic. Its auditors team up with the financial police to carry out raids on manufacturers. In January, the most significant price increases were seen in sunflower seed oil, fruits, vegetables, eggs and flour.

Last year, the price of potatoes and onions made it into public debate during which the regular police conducted raids on warehouses. After the establishment of the board, it started to carry out the raids itself. The board is also authorized to inspect and impose sanctions on online vendors.

While the government maintains that the prices could be reined in through sanctions, producers believe that the inflationary trend is caused by the government’s import-based policies and its declining support for domestic farmers. Turkey’s food exports correspond to 57.8 percent of its food imports, which means that the country is overall an importer of food.

Hilal Kaplan, a journalist close to President Recep Tayyip Erdoğan, says the sanctions slapped on food companies are insufficient and that the authorities should exert more pressure on them. The Ministry of Trade, however, released a statement promising that the monitoring will be carried out without damaging the free market economy.

A world leader in food inflation

In order to take prices under control, the government eliminated duty on such items as corn, barley, wheat, potatoes and onions. However, a sharp fall in the value of the lira against foreign currencies inevitably led to a dramatic surge in the price of imported food. 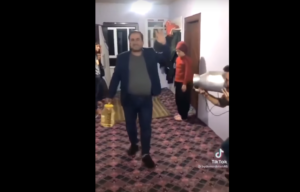 Photos of baby formula on market shelves with security devices attached to prevent theft after sharp increases in price were also widely posted.

In a statement about Turkey missing its inflation-related projections, the country’s central bank pointed out the surge in food prices.

“Following developments related to the international prices of commodities and exchange rates, notable price increases were seen in eggs and chicken, which have a considerable place in the unprocessed food industry. These trends have also affected processed food prices,” the central bank said.

“In November, the upward trend in the price of bread and cereals was accelerated, and solid and liquid oils, which are highly sensitive to international pricing and exchange rates, have stood out among processed food items.”