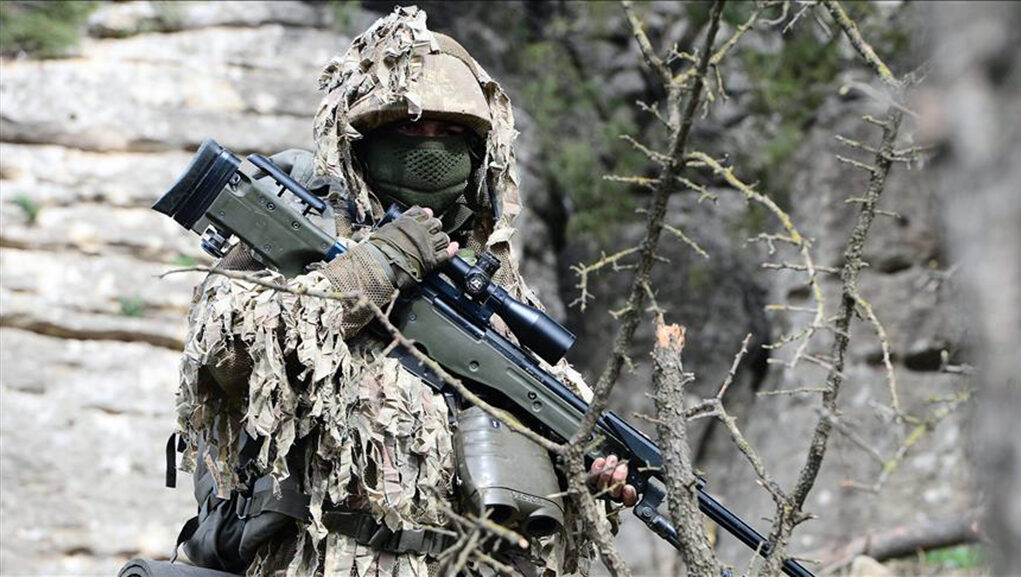 SADAT International Defense Consultancy, a paramilitary organization established by Adnan Tanrıverdi, a former aide to Turkish President Recep Tayyip Erdoğan, has started to provide assassination training. The group is involved in the fighting in Syria and is currently Turkey’s largest security corporation.

According to the organization’s website, every trainee is allocated special equipment and trained to acquire a set of skills such as setting up an ambush, gathering intelligence, carrying out a raid and sabotaging and guiding military aircraft. Those who receive sharpshooting training are expected to demonstrate an accuracy rate of 60 percent.

SADAT was founded in 2012 by 23 retired military officers from the Turkish Armed Forces (TSK) to provide consultancy and training in the field of defense. According to the organization’s founding documents, its mission is to make the Islamic world self-sufficient in terms of military power. Retired general Tanrıverdi has declared that SADAT was set up at the request of officials from Erdoğan’s government.

Interoperability with the army

Being able to operate compatibly with every level of the military is also among skills to be acquired through the training. SADAT’s frequent references to the military are interpreted by some as proof that Erdoğan considers the organization an alternative to the TSK.

The package also involves training to make bombs as well as unconventional warfare. According to the program, those who complete the training will be able to carry out sabotage, organize raids, set up ambushes, destroy objectives, assassinate, rescue and abduct as well as use several covert techniques to counter unrest and widespread chaos.

Tanrıverdi: Profile of an Islamist general

After retiring from the TSK, Tanrıverdi founded a few security companies along with a group of like-minded retired military officers. His career followed an upward trajectory after Erdoğan’s rise to power, and after a failed coup in July 2016 he was appointed as a presidential aide.

Tanrıverdi played a major role in the mass post-coup purge of high-ranking officers from the TSK and the restructuring of the military.

He resigned as a presidential aide after his name became controversial due to SADAT’s presence in the Syrian conflict. During his time as aide, he once advocated for the establishment of an Islamic state with İstanbul as its capital and Arabic as the official language.

While Meral Akşener, an opposition leader, alleged that SADAT had set up armed training camps in Tokat and Konya provinces, the company denied it. However, SADAT acknowledges that it did take part in thwarting the abortive putsch of July 2016.

The Justice Defenders Strategic Studies Center (ASSAM), a civil society organization presided over by Tanrıverdi, works on the idea of a political union of Islamic countries. In December the center organized the online “4th International Islamic Congress.”

The declaration released after the event proposed an Islamic confederation of countries consisting of nine regional federations in order for the Islamic realm to rise to the world stage as a “superpower.” The design involved the establishment of Islamic Union ministries in each country, a joint parliament of Islamic nations, an economic cooperation system based on Islamic economy, a monetary union, a customs union, a common market and a common defense mechanism as well as the integration of countries in the fields of justice, domestic security and foreign policy. The union would have an official language, a flag and a capital as well as legislative and executive powers.

The proposed confederation would also have a constitution and would be governed by a confederal president, aided by confederal vice presidents, presidents of regional federations and a “confederal republican security council” that would convene with the participation of the ministers of justice, defense, interior and foreign affairs as well as high-ranking military commanders. The confederation would also have its own general staff as well as command centers for land, air and marine forces.

The most significant allegation raised by the Turkish opposition with regards to SADAT is that its operations in Syria were financed through discretionary funds at Erdoğan’s disposal.

Erdoğan is known as the leader who has spent the largest amount from discretionary funds in the history of the Turkish Republic. In 2021 the funds allocated to his disposal stood at TL 6.7 billion ($900 million), an increase of TL 1.3 billion compared to the previous year.

In 2003, when Erdoğan first took office as prime minister, the budget allocated for discretionary funds was at TL 98.3 million.

The funds are used in the state’s covert operations and are not subject to audit. Once a small and exceptional resource, it has become a major budgetary item during Erdoğan’s 18-year rule.

Turkish Minute - January 27, 2021
Facebook Twitter Youtube
© Designed by Increases
Go to mobile version
We use cookies to ensure that we give you the best experience on our website. If you continue to use this site we will assume that you are happy with it.Ok