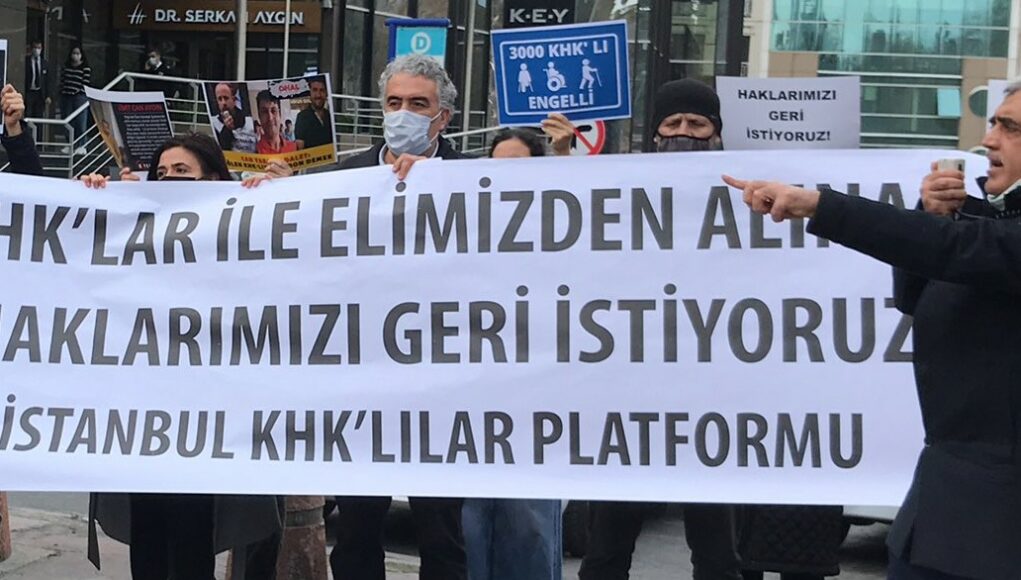 Victims of a massive government purge that took place in Turkey in the aftermath of a failed coup in July 2016 held a demonstration on Thursday in front of the İstanbul office of the United Nations, asking the UN not to remain silent about the injustices to which they’ve been subjected.

Around 130,000 public servants were removed from their jobs through controversial government decrees, known as KHKs, during a post-coup state of emergency.

The purge victims carried banners that read “We want our rights, taken away from us through KHKs, back,” “Stop death KHKs” and “KHKs will go away, we will stay” and chanted slogans against the KHKs.

Gergerlioğlu, who delivered a statement during the demonstration, said the KHKs had affected the lives of at least 1.5 million people in Turkey, likening the government decrees to the practices of the national socialists during the Nazi era in Germany.

“We are faced with a government that has branded everyone a terrorist,” said Gergerlioğlu, who himself is also a purge victim as he was removed from his job as a medical doctor at a state-run university in northwestern Turkey through a post-coup government decree.

The purged civil servants are accused of links to organizations outlawed by Turkey, among them the Gülen movement, which is branded as a terrorist organization by the Turkish government.

In addition to losing their jobs, purge victims have been denied passports and according to many reports have been struggling to find jobs as they were stigmatized by a broader smear campaign.