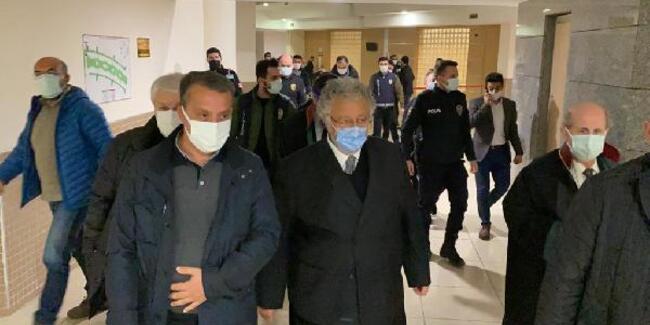 Akpınar and another Turkish comedian, Müjdat Gezen, face up to four years, eight months in prison each due to remarks they made about fascism during a program on Halk TV in 2018.

The first hearing in the comedians’ trial took place at the Anadolu 8th Penal Court of First Instance in İstanbul on Wednesday. Gezen, who did not attend the hearing, was represented by his lawyers, while Akpınar made a statement in court and denied the insult charges.

Akpınar said he had devoted 60 years of his life to the well-being of Turkish society and that what he did on the program was to express his views, according to the Sözcü daily.

“I did not say those words with a gun pointed at my head. I made those statements of my own free will and without any pressure,” Akpınar said, adding that he talked about the improvement of democracy and did not directly target the president.

A court in December 2018 released the two prominent comedians from a brief detention on judicial probation including an overseas travel ban after their questioning by a prosecutor on allegations of threatening and insulting President Erdoğan.

Turkish Minute - January 15, 2021
Facebook Twitter Youtube
© Designed by Increases
Go to mobile version
We use cookies and similar methods to recognize visitors and remember their preferences. We also use them to measure ad campaign effectiveness, target ads and analyze site traffic. By tapping ‘accept,’ you consent to the use of these methods by us and third parties. Accept