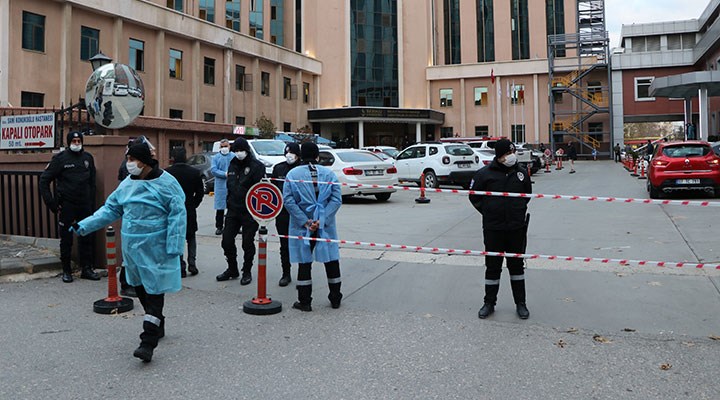 According to a report by the state-run Anadolu news agency (AA), the fire started when an oxygen cylinder exploded at the privately run Sanko University Hospital in Gaziantep.

The victims of the fire, which was quickly brought under control, were cited by AA s being between the ages of 56 and 85.

The Gaziantep Governor’s Office on Saturday released a statement on the incident, saying that an oxygen cylinder exploded at around 4:45 a.m. and caused a fire that killed eight out of the 19 coronavirus patients being treated in the Sanko University Hospital’s intensive care unit.

Health Minister Fahrettin Koca later tweeted that nine people were killed in the fire, raising the earlier estimate of eight dead by the hospital and the Gaziantep Governor’s Office. There was no immediate explanation for the discrepancy.

The 11 other patients were transferred to nearby hospitals, and no one else was injured in the fire, the office said, adding that an investigation into the incident was underway.

“May God rest in peace our eight fellow townsmen who lost their lives in the hospital fire. I offer my condolences to the families and relatives of the victims as well as the Turkish nation,” Gaziantep Governor Davut Gül also said in a tweet.

According to government figures, intensive care units across Turkey are currently filled to 74 percent capacity due to the coronavirus epidemic, although medical associations have claimed that hospitals are overwhelmed.

The Health Ministry reported 26,410 new cases over the previous 24 hours on Friday evening, bringing the total since March to 1.98 million. A record daily high of 246 COVID-19-related deaths were recorded, the ministry said, taking the total to 17,610.