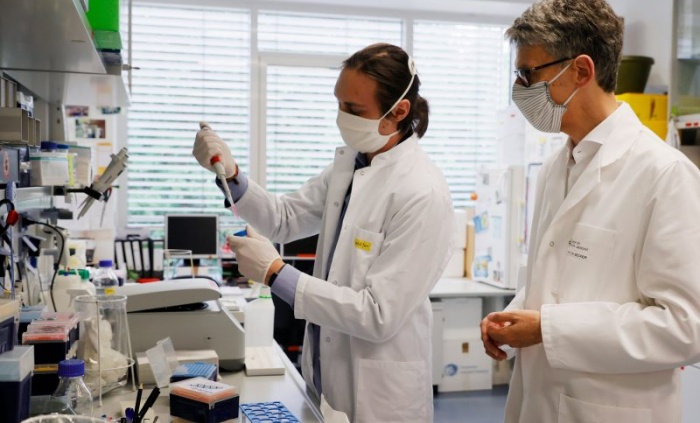 Turkey will begin inoculations of a coronavirus vaccine purchased from Chinese biotech company Sinovac on Dec. 23, with high-risk healthcare workers the first in line to receive the vaccine, according to a member of the Health Ministry’s Scientific Advisory Board.

Professor Deniz Çalışkan, a member of the board, which was established in the early days of the fight against COVID-19 to assess its public impact, announced on Thursday that provincial healthcare directorates will be responsible for the distribution and administering of the vaccines.

Turkish Health Minister Fahrettin Koca recently announced that Turkey had signed a contract to buy 50 million doses of CoronaVac, developed by Sinovac Biotech and currently in late-stage trials, which will be delivered in December, January and February.

Çalışkan said vaccinations will continue with people over the age of 65 and then with “key personnel,” which include teachers, care staff and people in the service sector.

According to Çalışkan Turkey has the necessary infrastructure to administer the vaccine without problem and is aiming to give 1 million vaccinations a day.

However, there are concerns about the safety of the CoronaVac vaccine, the results of whose phase three trials have not yet been announced.

Publicly released results of early stage clinical trials of the shot, which uses a chemically inactivated version of Sars-Cov-2 to spark an immune response, showed the vaccine to be safe and able to create virus neutralizing antibodies in 98 percent of cases.

But progress stalled as Sinovac had to seek partners overseas to carry out large-scale phase three efficacy trials, due to virus transmission being almost entirely halted in China. Trials are ongoing in Brazil, Indonesia, Turkey and Chile, but the company has yet to announce the vaccine’s effectiveness.

Despite the delay in concluding trials, Sinovac has already begun administering the vaccine to tens of thousands in China as part of a limited-use program. Earlier this month, the group made its first overseas delivery, when 1.2 million doses of CoronaVac were shipped to Jakarta, according to a report in the Financial Times.