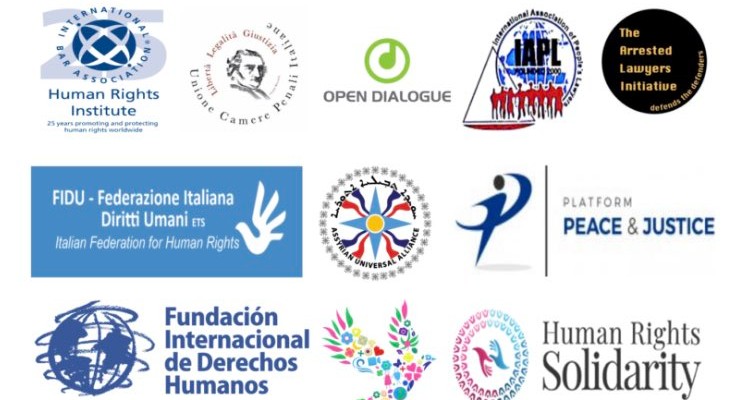 Eleven nongovernmental organizations have called on the relevant bodies of the European Union to examine the situation in Turkey under the recently adopted Global Human Rights Sanctions Regime and sanction those responsible for ongoing systematic human rights violations in the country.

They jointly stated on Tuesday that they welcome the EU’s new Global Human Rights Sanctions Regime, which will enable them to address serious human rights violations and abuses taking place free of consequences in many parts of the world.

Referring to Turkey, they added: “The EU has a very important interest in fighting against human rights abuses. When it comes to a candidate country, this interest has paramount importance.”

The NGOs reminded that the new Global Human Rights Sanctions Regime covers torture, arbitrary detention and the systematic violation of freedom of expression and peaceful assembly, all of which are rights violations for which Turkey’s Justice and Development Party (AKP) government has been criticized.

“The situation in Turkey, in terms of human rights, democracy and the rule of law, has been miserable for years, as has been established in the EU’s own reports. Turkish civil society and all opposition groups are plagued by torture, ill-treatment, arbitrary detention,” the NGOs stated.

“According to credible reports, more than 500,000 individuals have been subjected to criminal investigation, 330,000 have been indicted, and 220,000 convicted, under Turkey’s anti-terror law,” they also said, adding that the law has been found by the European Court of Human Rights and UN bodies to be in violation of the European Convention on Human Rights and the International Covenant on Civil and Political Rights (ICCPR).

President Recep Tayyip Erdoğan and his ruling AKP accused the Gülen movement, a faith-based group inspired by the teachings of Muslim preacher Fethullah Gülen, of orchestrating an attempted coup on July 15, 2016.  Ankara also labels the movement as a terrorist organization.

The crackdown in 2016 launched by the government targeting hundreds of thousands of real and alleged members of the movement, despite the strong denial of Gülen and his followers of any involvement in the attempted coup or any terrorist activities, is still ongoing.

“Currently, Turkey is the largest imprisoner of lawyers, human rights defenders and journalists,” the NGOs further said in the statement.

Reporters Without Borders (RSF) also described Turkey as “the world’s biggest jailer of professional journalists” in its 2020 World Press Freedom Index, in which the country was ranked 154th among 180 countries in terms of press freedom.

A report by the Arrested Lawyers Initiative, a non-profit organization dedicated to “defending the defenders,” said that more than 1,600 lawyers in Turkey have been detained, over 600 have been arrested and 441 have been convicted on the charge of membership in a terrorist organization.

According to reports by Turkish news outlets critical of the Erdoğan administration, scores of prisoners across the country have died allegedly due to the negligence of prison authorities during the coronavirus pandemic.